~A few hours later Camillia calls all of us to the living room. Fenrir is sitting right next to me~

Camillia: ~smokes cigar~ Well....the kidnapper's blood lied to us about where the Lilith lives but Skadi's however pinpointed the location to us.

Cyrus: Easy on the beer intake Dar, We wouldn't want ya to be sent back to the infirmary again.

~Mature, Vice, Luca, and Weiss enter the scene with Lyra~

So you came back "Mother".

Camillia: The leadership position has been taken already.

Cyrus: Not gonna cry are you?

Lyra: Shut it. I'm back to help you locate my husband and your friend/leader and I brought you some guns

Cyrus: Guns?! Are you crazy!? You know Stepith's rules with guns. They cannot be allowed in this very household.

Lyra: I want you to use those guns to kill that bitch. She manipulated Stepith for years and may have killed Leon (Stepith's adopted son and Rydia's older brother)

Brother!? How did you learn this?

Lyra: I talked with Lord Odin before finding the answers I seeked 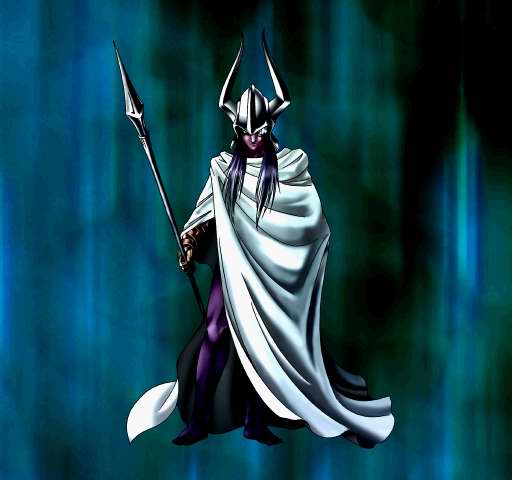 Cyrus: What the? Lord Odin?

Odin: I don't use this form that much but this is an exception to the rule. At this form I can't access my Aesir powers but I can walk freely with mortals.

~He looked at me and Fenrir~

Odin: Child of Stepith and Offspring of Loki. I sensed your teamwork well ~he raises his spear up~ Excellent job you two.

Myself and Fenrir: ~bows down to Lord Odin~ Thank you my lord.

Now on to the task at hand