Amazon has The Complete Quest Volume 2 up for pre-order. 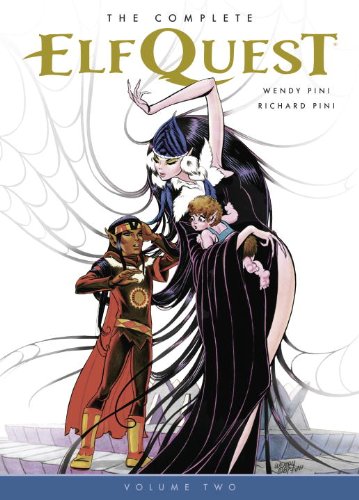 Over thirty-five years after its launch, ElfQuest remains one of the most beloved comic series in history! The elves have reclaimed the Palace of the High Ones, but it is not the safe haven they believed. New threats loom as Winnowill, lord of Blue Mountain, vows to destroy all trace of the Wolfriders, and Cutter's rival Rayek is overcome with power.

This second volume boasts 552 pages, collecting the entirety of The Siege at Blue Mountain and Kings of the Broken Wheel in stunning black and white, including an extensive art gallery with commentary from series creators Wendy and Richard Pini.


I'm looking forward to this - now I can replace the manga sized editions that I have.

Does anybody know if this series will continue past Kings of the Broken Wheel?