Rock-shaper, Floater, Creator of the Great Egg, Turner of the Scroll of Colors, Father of Memory 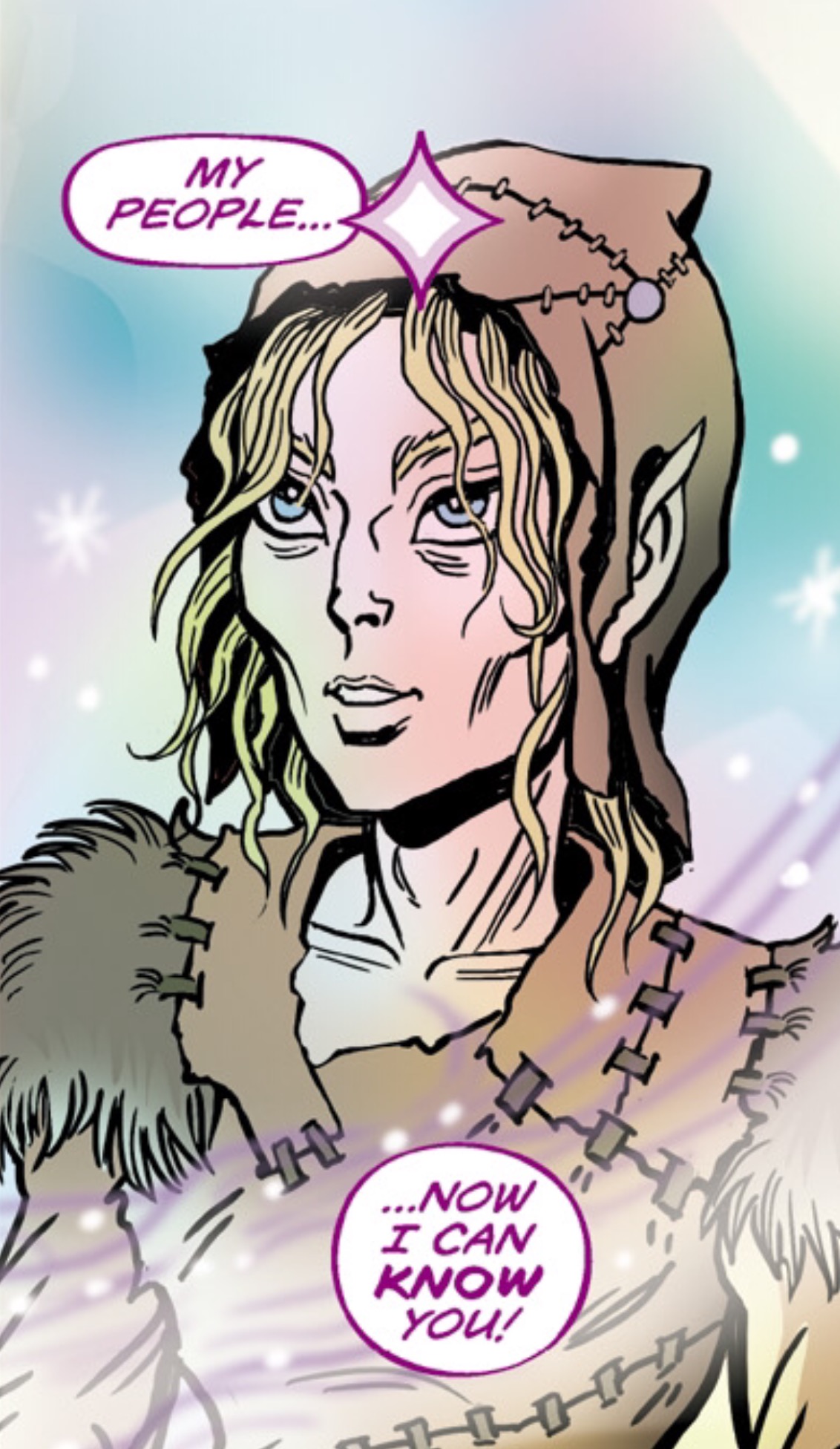 Aurek is an ancient Glider and powerful rock-shaper. Before the coming of the Wolfriders to Blue Mountain he was known only as “Egg.” His sole purpose was to shape the giant stone structure that captured the history of elves upon the World of Two Moons, known as the Great Egg. He existed in an immobile state that was part self-induced trance, part drug-induced paralysis resulting from a potion served to him by Winnowill as his only sustenance.

Aurek was crushed in the fall of Blue Mountain, but was rescued and nursed back to health by Two-Edge. Though the Master Smith saved the rock-shaper’s life, the half-elf lacked the healing powers of his mother, and so while Aurek’s wounds eventually healed, his once-smooth face now shows the wear of the trauma.

Freed from Winnowill’s control, Aurek gave up the Egg moniker and chose to go by his original name. After millennia locked away from the world inside the stone womb of Blue Mountain, Aurek had to remember the survival skills of his dim youth, before Voll hid his people away behind stone walls, in order to feed and clothe himself.

Ironically, though the entire world was open to him, Aurek chose to remain at Blue Mountain. There he lived for thousands of years hidden in self-imposed exile beneath its ruins, keeping the lingering, sinister energies left behind by his slain people at bay. During this solitary existence he had occasional encounters with other elves, offering them his wisdom and guidance.

By the time Suntream’s Great Call to all the elves of the World of Two Moons went out, Aurek had spent many years in meditation, focused soley on his task as guardian of Blue Mountain. When he answered the call and entered the Palace, he was finally reunited in freedom with the spirits of the Gliders who dwell there, where he serves as the Turner of the Scroll of Colors.

In later times, he remained at Blue Mountain, choosing once again to go by the name Egg, and took on the role of “Father of Memory” to any elves that seek his aid.