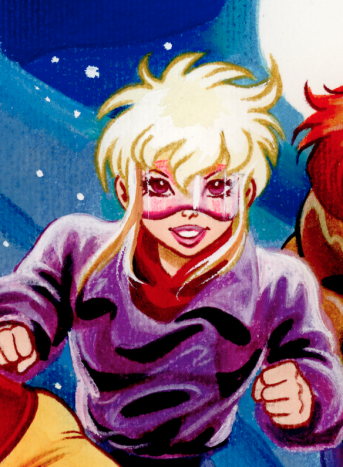 Chandra Davenkee grew up as a colonist on a moon called Ice in the outer reaches of Abode’s solar system. Having the colonial mindset towards the home planet Abode and its Skyward military – that is, they aren’t to be trusted – she briefly transferred that dislike to Cosmo when she discovered his identity as a Skyward cadet. Cosmo earned her trust, and she grew to accept his leadership, and more importantly his friendship. Chandra’s approach to engineering is academic – she knows her theory – but she is also handy with a wrench. She has strong sense of right and wrong and a do-it-yourself attitude. Chandra has begun to develop mysterious psychic powers that she does not yet fully understand.