Dark Horse Comics has released the cover of Final Quest issue 24, the final issue in the series. Learn more about this milestone issue in this Comic Book Resources exclusive. 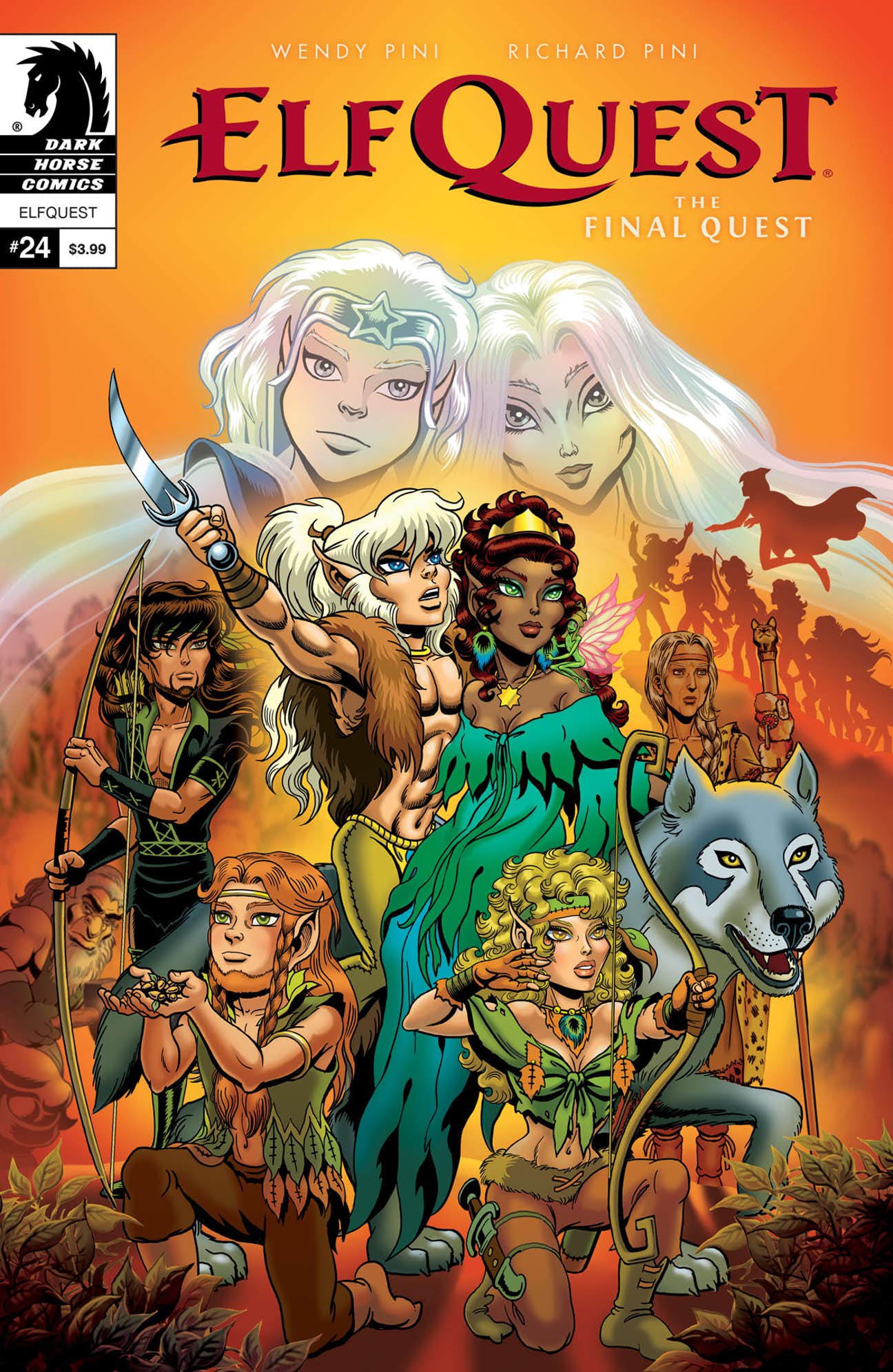 What words can possibly do justice to this, the grand finale to the greatest ElfQuest series of them all? Forty years in the planning and making, heroes’ journeys that were begun in the Original Quest will find their resolutions here. Fateful events set in motion last issue continue to have unstoppable consequences, as dire battles are fought on both the physical and the spiritual realms. Now decisions must be made that will affect everyone–elves and humans alike–on the World of Two Moons far into the future. Can the Great Wheel of time and history, broken so many thousands of years ago, ever be made whole again?

The full issue will available in comics shops and digitally on February 28, 2018, forty years to the day after the release of Fantasy Quarterly #1, which began the entire ElfQuest saga.