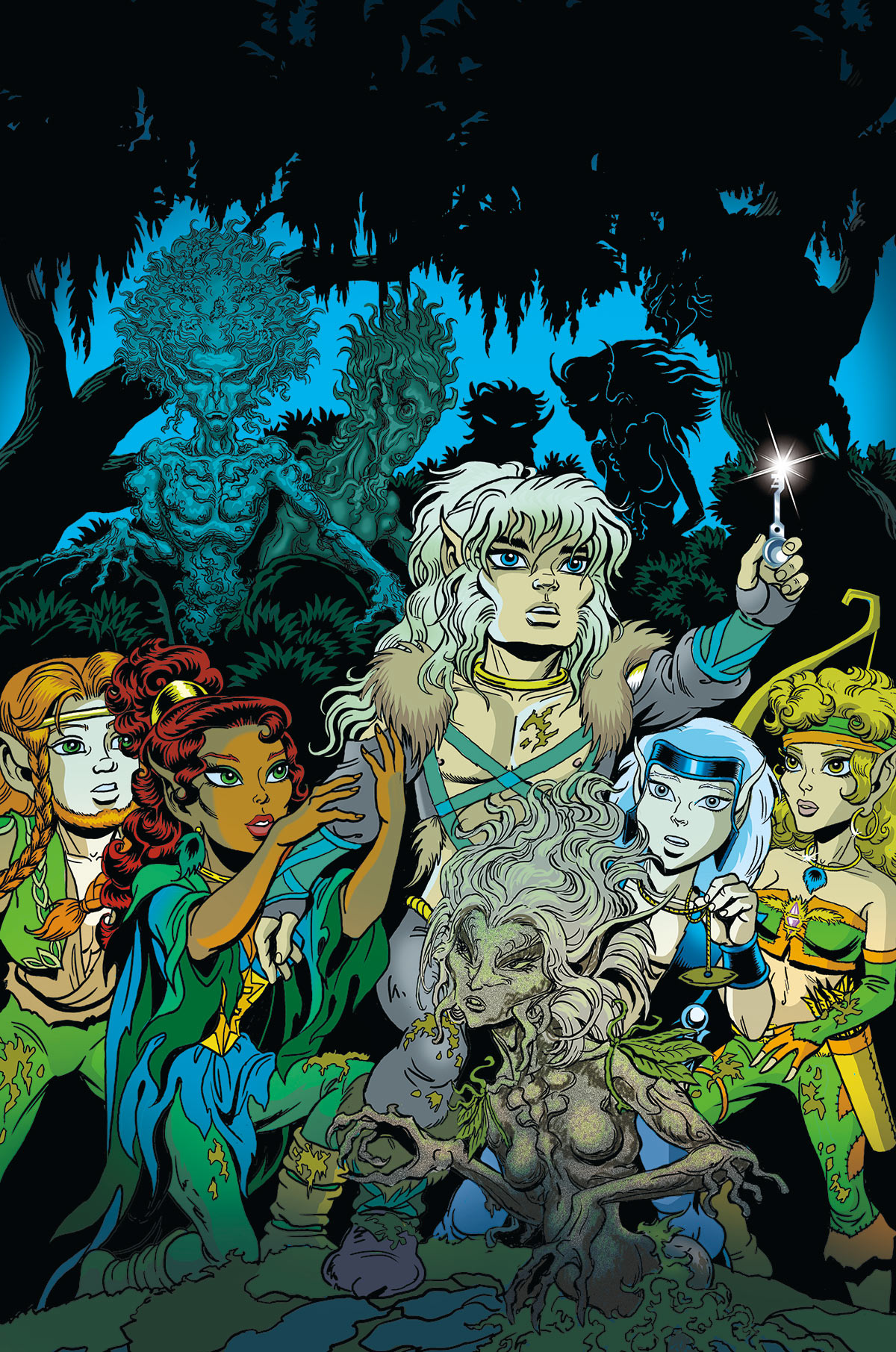 Dark Horse Comics has released the cover art for issue #17 of the Final Quest, along with this synopsis of the issue (SPOILER ALERT):

“The word goes out: the human invaders must not reach the Father Tree, sacred home of the Good Spirits. Yet the elves’ most potent weapon, the Palace of the High Ones, which could turn the tide in the blink of an eye, will not — cannot — be used, even in self-defense. And just as he is needed most to unite and lead his people, Cutter, chief of the Wolfriders, suddenly sets off on a new quest — to seek the one being on the World of Two Moons who can right an ancient wrong.”

The issue goes on sale in your local comics shop, from TFAW and via Dark Horse Digital on November 23. Don’t miss it!