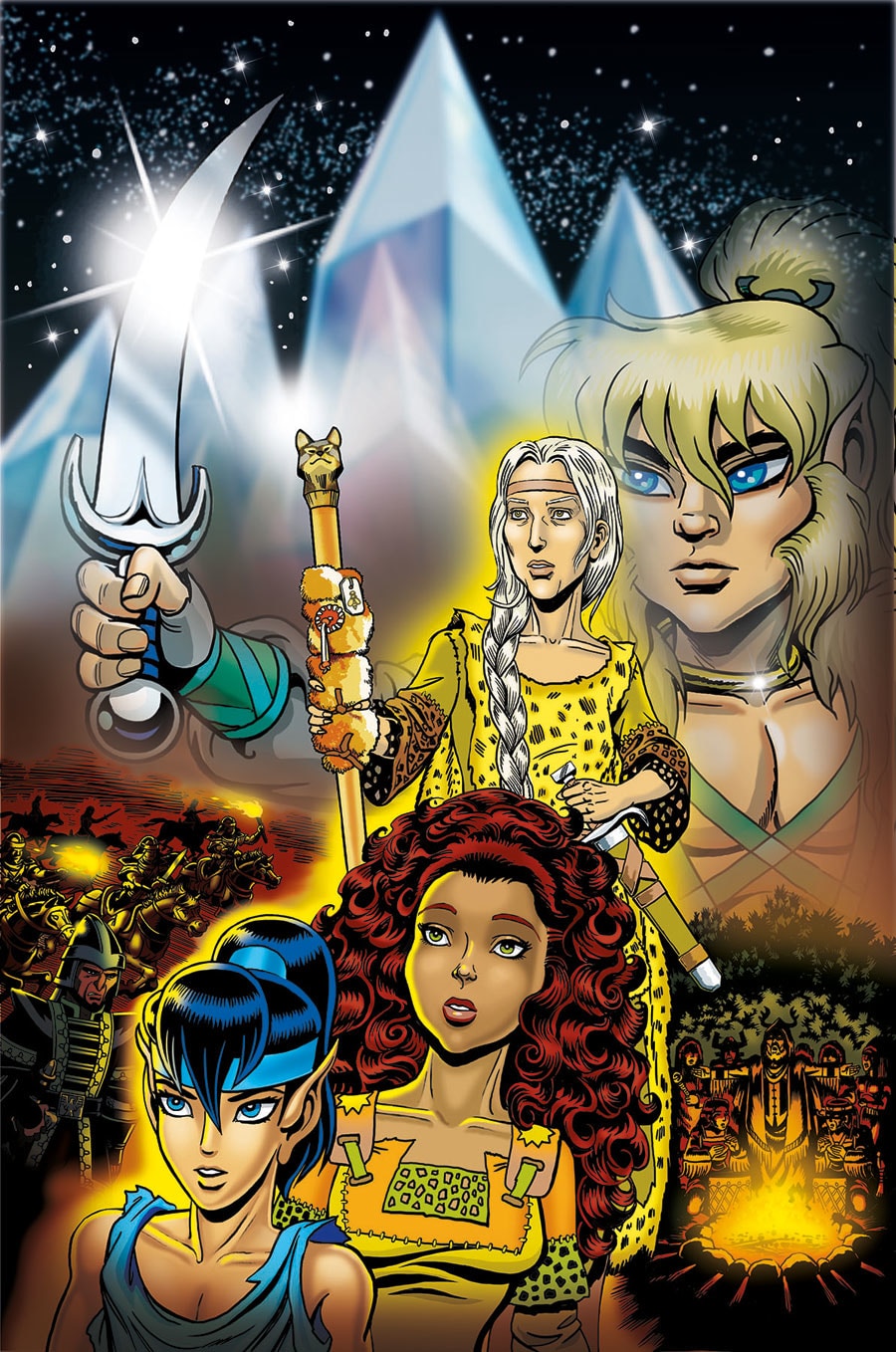 Dark Horse Comics has released the cover art for issue 19 of the Final Quest. The issue will be available on April 26.

“Seemingly healed at long last, Wolfrider chief Cutter returns, with his rescuers, to the Father Tree. But the rejoicing is tempered by news that the invading Djunslander army has met and engaged the native Iceholt human tribes—who have never before encountered the murderous power of firearms. Meanwhile, in the long-abandoned ruins of the Sun Village, the search is on for a long-lost talisman that could spell doom for all the elves dwelling in the Palace of the High Ones!”