Rock-shaper, advisor, and firstborn of the High Ones 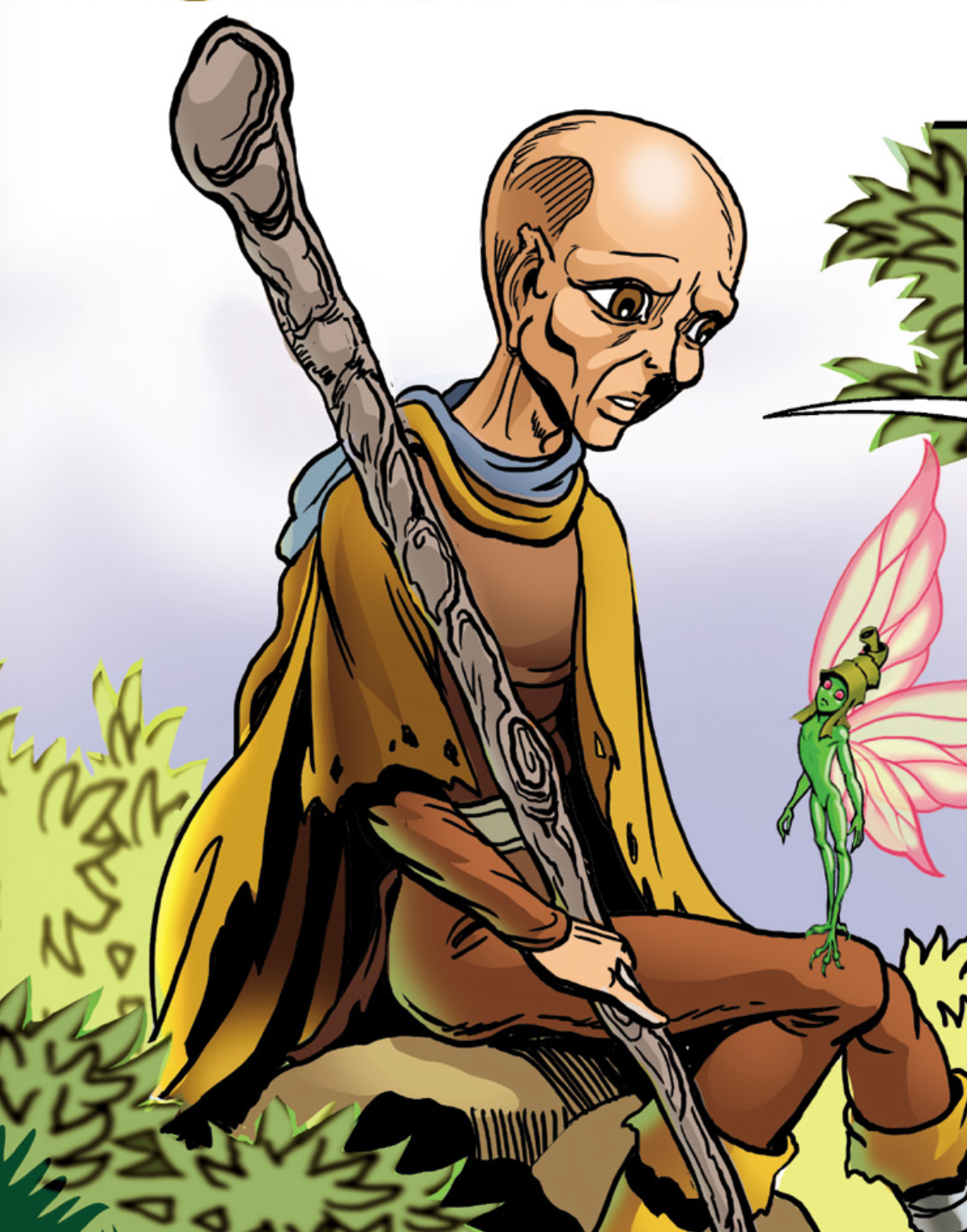 Teacher and mentor of Rayek
Friend of Mekda and Osek

Ekuar is an ancient elf whose cheerful and eccentric personality belies a painful history of torture and captivity.

A rock shaper, Ekuar was captured as a youth after finding and attempting to explore the Palace of the High Ones with two friends, Osek and Mekda. The three spent countless centuries enslaved by the Frozen Mountain Trolls. His spirit and body were chipped away by his harsh treatment at their hands. Frequently tortured, Ekuar lost an arm, a finger, and a leg below the knee, and now walks with the aid of a wooden leg and a staff.

During the trolls’ civil war, Osek managed to flee during the confusion. Ekuar, taken by Greymung’s rebels, was parted from Mekda, who remained Guttlekraw’s slave.

Rayek eventually found Ekuar in the bowels of Greymung’s caverns, huddled in a dank hole, muttering to himself. Rayek restored Ekuar’s strength; in return, Ekuar helped Rayek extend his magical powers. A bond formed between teacher and student which was more like father to son. Although not a Go-Back, he spent several years living among them.

When Rayek stole the Palace, Ekuar was taken thousands of years into the future. Upon its return, his unwavering love for his student helped bring Rayek around.

During the attack on the Djun’s citadel, Ekuar suffered a heart attack. At the end of the War, with Rayek the walking prison for Winnowill’s restless spirit, Ekuar accompanied him on his journey. For decades, they wandered the World of Two Moons for years, Ekuar’s friendship the one bright spark in Rayek’s life.

They reunited with the other elves when the Great Call of the Palace was sent out. Unable to give up Winnowill’s spirit, Rayek was not able to reside in the Palace and ever loyal, Ekuar accompanied his friend to the Forbidden Grove and shaped a cozy hut to live in.