ElfQuest Featured in “The Comic Book History of Comics” 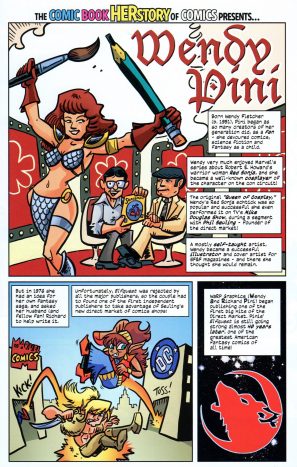 ElfQuest and Wendy and Richard Pini get the spotlight in a new comic series called The Comic Book History of Comics by IDW Publishing. In issue #4, writer Fred Van Lente and artist Ryan Dunlavey conclude this chapter of their four-color tour of the history of comics by looking at the birth of the direct retail market as well as the rise of digital distribution, and how these factors have influenced the growth of independent comics, including ElfQuest.

Get the issue from your local comics shop, from IDW Publishing, or download on your Kindle, computer, tablet or smartphone via Comixology.