ElfQuest Gets Shout-Out in Netflix Series “The Get Down” 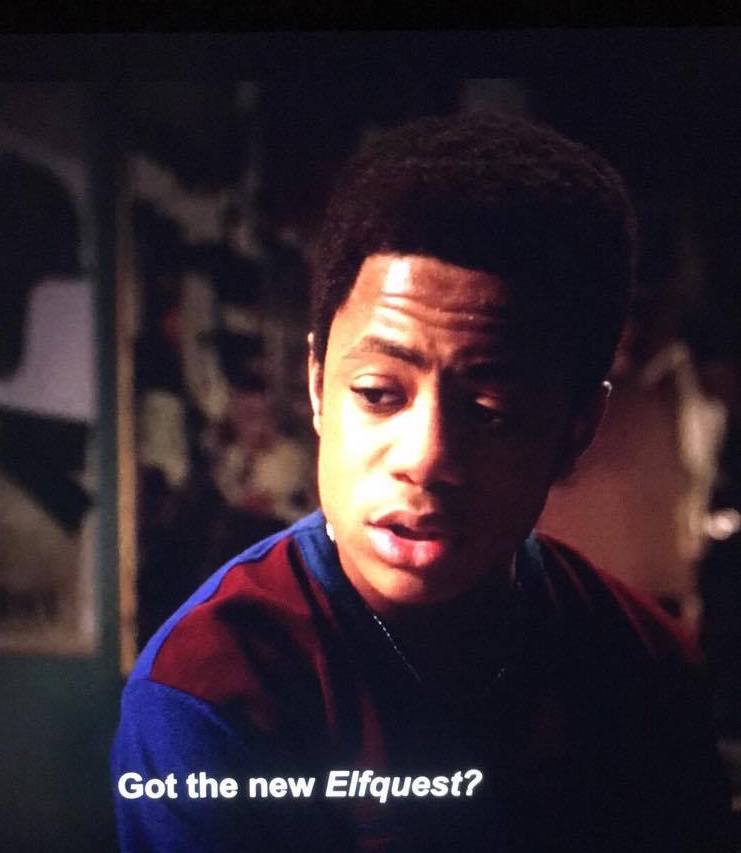 ElfQuest’s reach is everywhere, and you never know where it will turn up. Over the years, we’ve seen ElfQuest mentions everywhere from X-Men and Fantastic Four comics to the hit television series The Big Bang Theory (Johnny Galecki is a self-avowed fan).

The latest pop-culture ElfQuest shout-out is in the new critically acclaimed Netflix series The Get Down, created by Baz Luhrmann and starring Jaden Smith, Justice Smith, and Jimmy Smits, among many other talented actors.

The Get Down is set in the South Bronx section of New York City in the late 70s and follows the rise of hip-hop and disco music through the eyes of a group of teenagers. Jaden Smith’s character Dizzee and Tremaine Brown’s Boo-Boo are also early fans of ElfQuest, as seen in this clip from episode 10, “Gamble Everything.”

Wendy Pini had this reaction to the mention on Facebook:

I think, whenever Elfquest is mentioned on a TV show, the writer is adding layers to whatever character mentions it. I’m not familiar with that show, but if these two young men are being portrayed as Elfquest readers back in the old days when “real men don’t read Elfquest” (yeah, like THAT’s changed, LOL) I’m really touched. It speaks to them feeling different and being attracted to reading material that’s different.