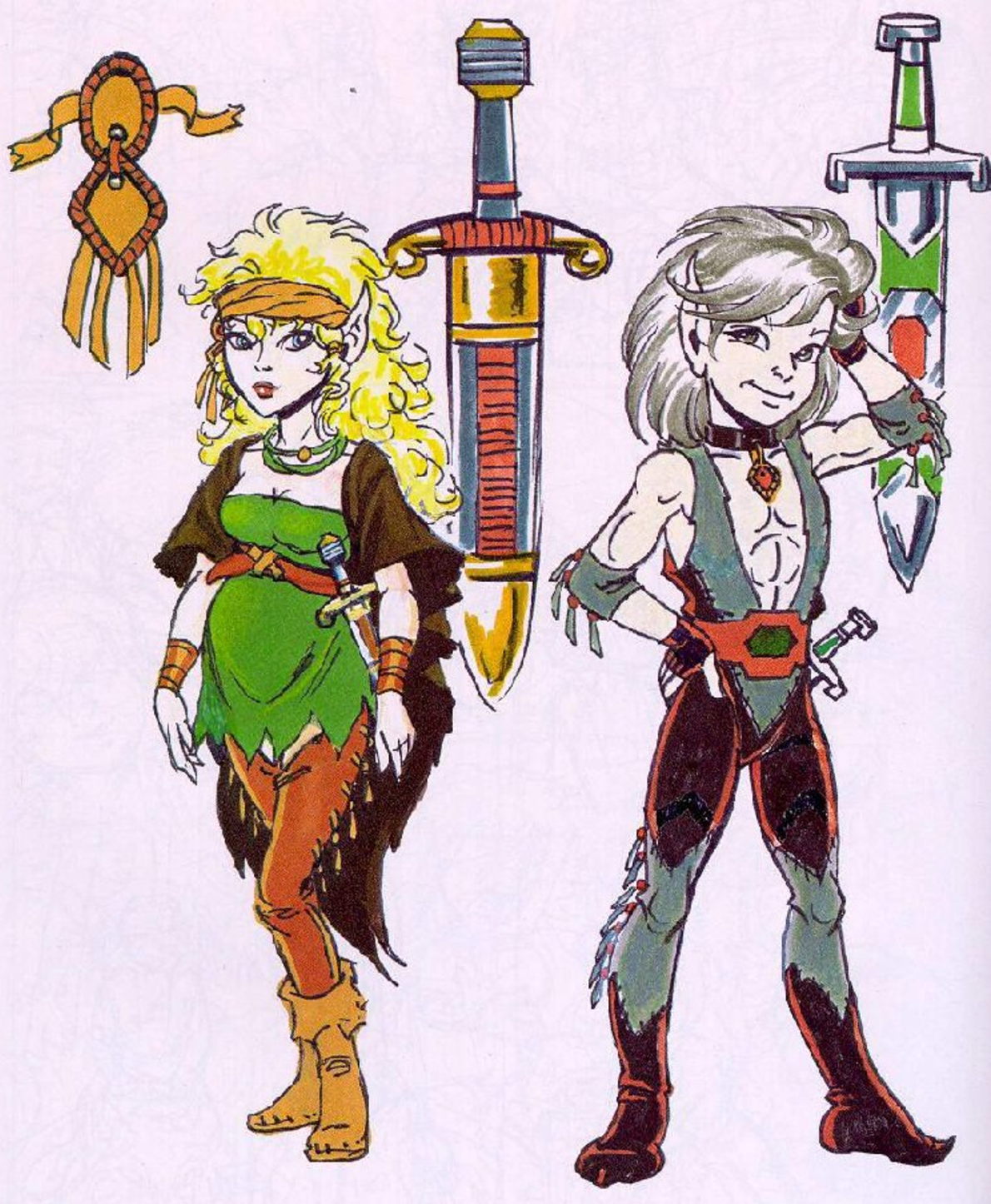 Eyes High was entranced by the sky, and during her pregnancy kept a perch at the top of the highest tree in the forest. It was important to her that her son be born as close to the stars as possible, with her lifemate by her side.

Aware that Eyes High was a loner, Shale assuaged his longing to be with her by hunting to feed mother and child. But he never saw his son: all-too visible upon the perch, the pair were observed and attacked by two human youths. Shale fell from her treetop, breaking his back, finally suffering execution in plain sight of his heavily-pregnant lifemate. Unable to escape, Eyes High was captured and went immediately into labor.

Ashamed by the cruel circumstances, the youths who had captured Eyes High spirited her away by raft, where, exhausted, she finally gave birth. As her strength ebbed, she bundled the infant in her oiled leather cloak, sent to her tribemates one last time, then set Skywise adrift on the river to be found by his kinsmen.

Her final, distraught expression was burned into the her son’s memory.