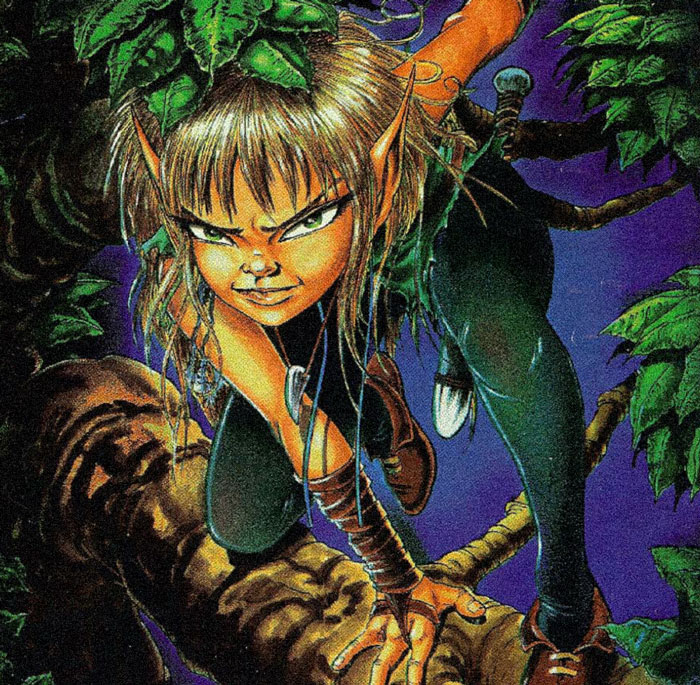 Jethel was full of excitement when he went on his “first quest” to rescue Windkin in the Forevergreen. Impatient to leave, eager to show everyone how good a fighter he was, Jethel was constantly trying to shake his image of a mere cub. Though he yearned to get the attention due an adult, he was still a sensitive child no matter how hard he tried. He exhibits a marked propensity to get into mischief with Suntop.

Jethel did not get along well with the human Ahn-Lai, and after the Forevergreen fire, Ahn-Lai captured Jethel and used him for his own ends. Jethel escaped and was given the name of ‘Fire-Eye’ by the humans of Passage. It is here that Jethel watches over the children of the city and protects the forest. He has established a holt of sorts and protects a small band of children with Chot at his side.