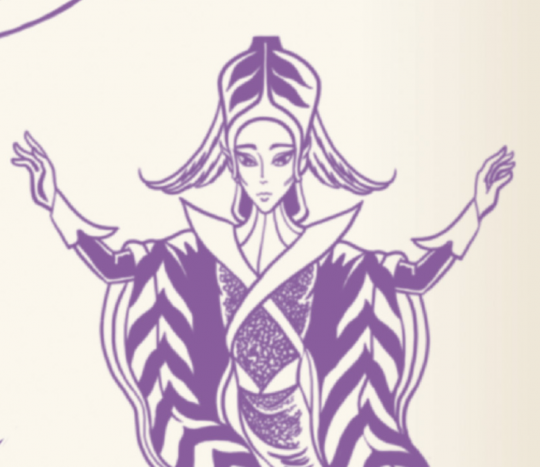 Update: Now that he has a real name, he also gets a real pronunciation guide. KIE-tekk (rhymes with HIGH-neck)

Kaitek is a rock-shaper whose sole purpose was to use his rock-shaping magic to relieve minute stress points in a stone archway in Blue Mountain to keep it from collapsing.

Like fellow rock-shapers Innekah, Ekolin and Aurek, his entire life eventually revolved about his function and he became known simply as “Brace.” He lived in a sort of suspended animation, needing neither sleep nor awareness, and was sustained by a potion fed to him by Winnowill.

Brace died in the fall of Blue Mountain and his spirit now resides in the Palace of the High Ones.