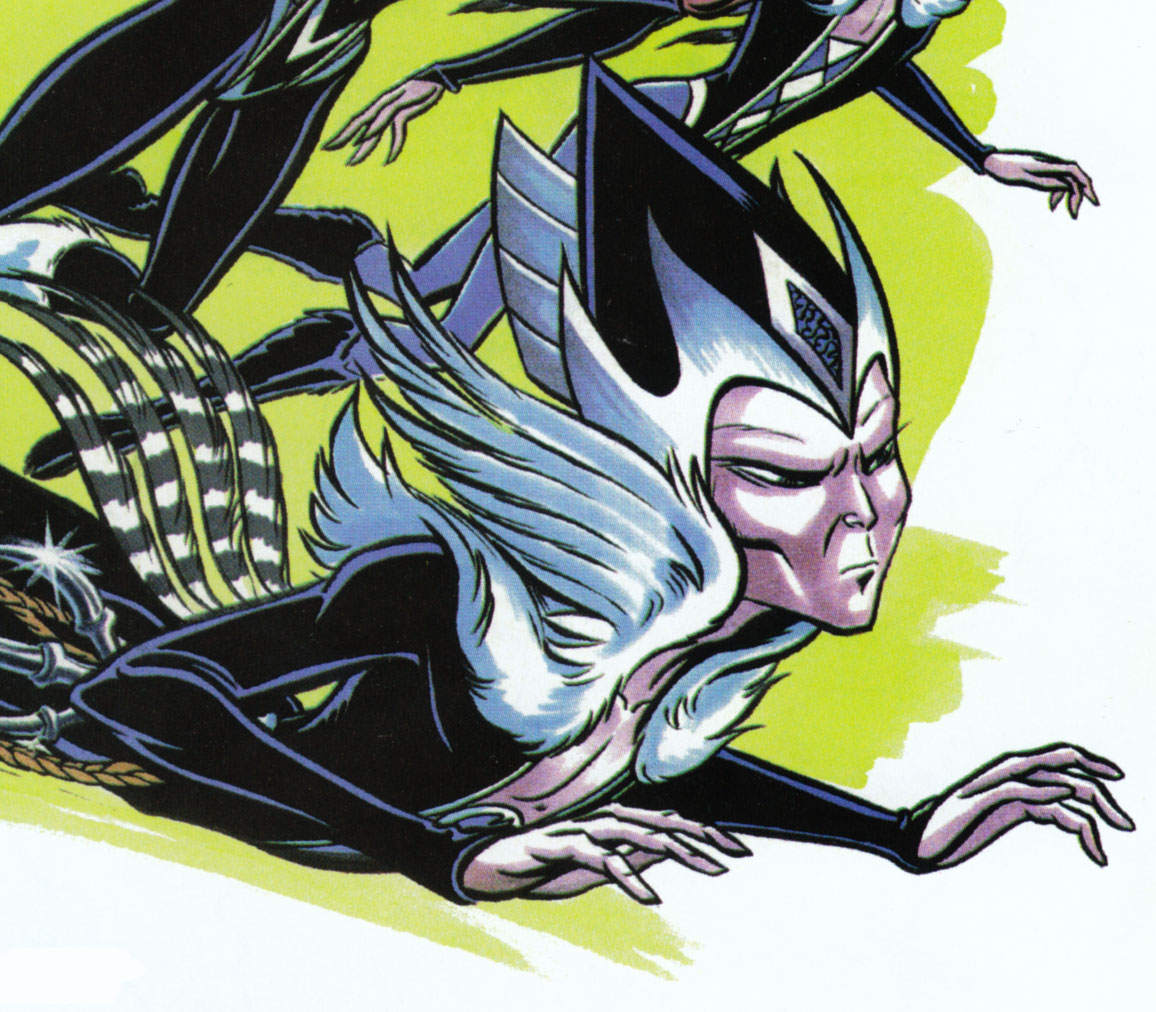 Kureel was the leader of the Chosen Eight, riders of the giant birds who made their home in the aeries of Blue Mountain. The Gliders’ hunters and providers, the Eight were subordinate to Lord Voll, but more often than not answerable to Winnowill.

After Strongbow shot and killed the fledgling that was to have become his bond-bird, Kureel led the Eight in capturing the Wolfriders. After they freed themselves, he nonetheless demanded that Strongbow’s wolf be put to death as compensation.

He later escaped the collapse of Blue Mountain and took his revenge by attacking Dart and the human boy, Geoki. Strongbow’s response–two deadly arrows–gave Kureel the dubious honor of being the first elf to be slain by another in the collective memory of the four tribes. Strongbow sought–and received–forgiveness from Kureel’s spirit.