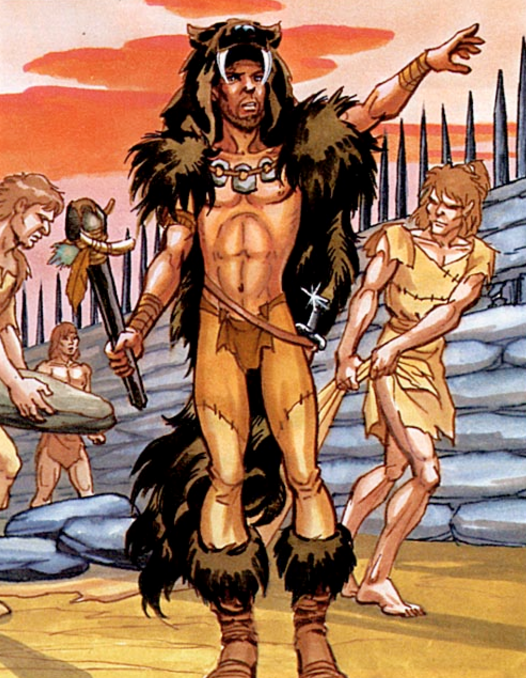 Little Patch is a human who was raised as a Wolfrider in Cutter’s tribe. Abandoned by his human parents and tribe at birth because of the bright, berry-red mark over his right eye, Tyleet found the poor baby, half-dead from misuse, tied to a tree, and adopted him. The Wolfriders were more than a little cautious about bringing a human into their fold, but Tyleet has a special knack for getting what she wants, and ultimately the tribe acquiesced. It was a decision they didn’t regret.

After growing to adolescence, Little Patch attempted to rejoin his birth-tribe. Rejected initially, he gradually allayed the fears of his fellow humans and gained their trust. In many ways, he proved his willingness to do things the human way, eventually even becoming chief of the village, bringing them the wisdom of the elves. Many turns of the seasons later, old and feeble-minded, Little Patch returned to the holt and died in Tyleet’s arms.