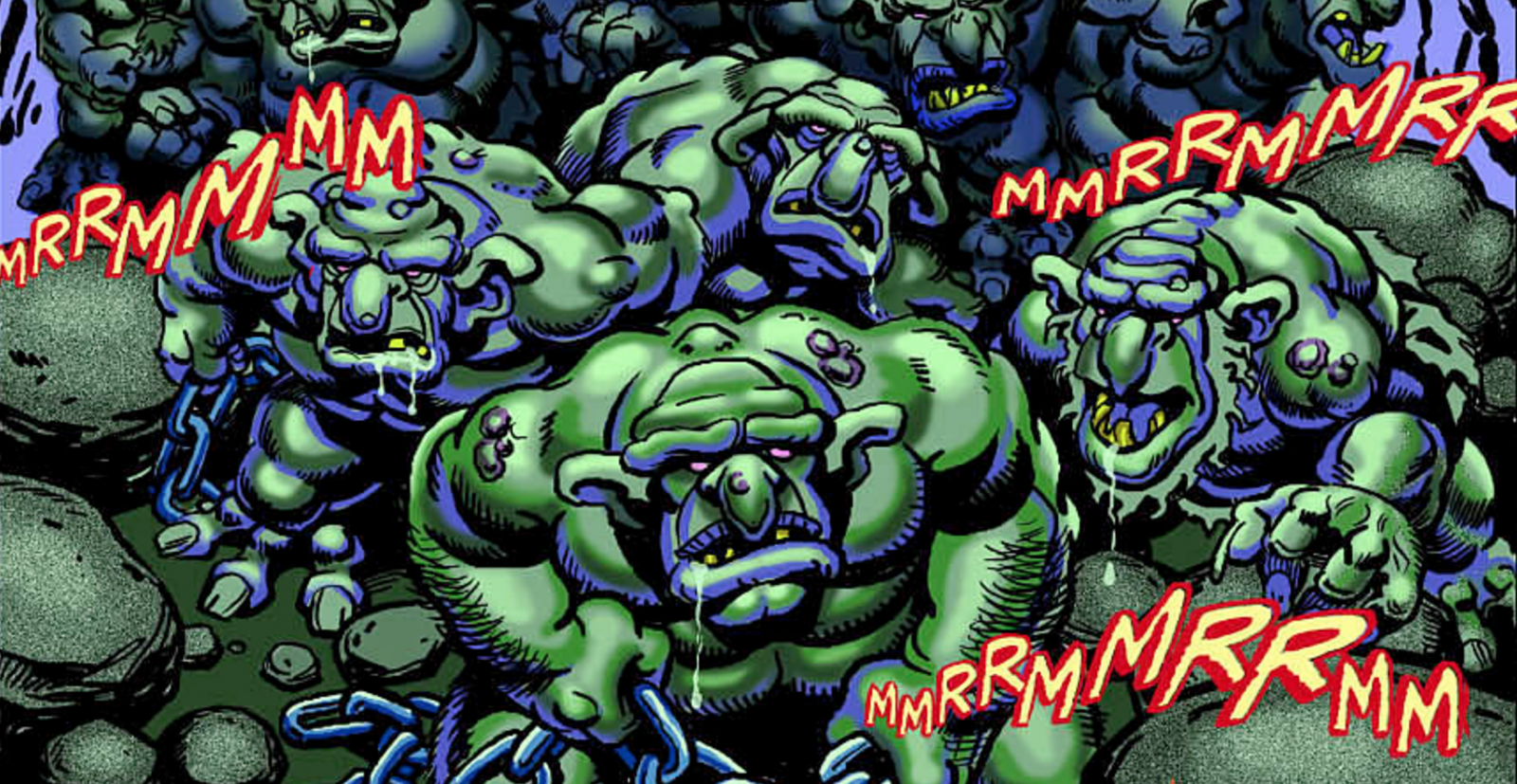 The Misfit Trolls are a clan of monstrous, barely-intelligent trolls lurking in the caverns under the Wolfrider’s Father Tree Holt. They communicate primarily through grunts, growls and groans rather than speech – although like all trolls they do know one word well: “treasure.”

They have lost the ability to mine gems and precious metals, or to create art, tools, or weapons on their own. Now, they spend their time scavenging these things and hoarding them in great, hidden troves.

How and when they devolved from the intelligent, industrious trolls who built great kingdoms is a mystery. It may have had to do with an ancient, tainted magic infused into the very bones of the land, the same magic that was awoken by Bearclaw which created the monster Madcoil, and which was ultimately obliterated by Suntop.

The Misfit Trolls were first discovered by Shuna. This created a bit of a problem for Treestump as he attempted to learn for himself the art of the forge. With some help from Ahdri, Treestump was able to persevere. Later, King Picknose returned to the caverns and took charge of the Misfit Trolls, who are again becoming productive members of troll society.