The New High Ones are a group of elves born on the World of Two Moons who returned to live in the Palace of the original High Ones and resdiscover their heritage.

They were originally from a variety of elfin tribes including Sun Folk, Wolfriders, Go-Backs, Gliders, and WaveDancers, as well as lone wanderers and other elves of unknown origins that answered the great call to return to the Palace.

There, under the tutelage of Firstcomer Timmain, that multi-tribal collection of elves learned the ways of their ancestors, regaining fantastic magical abilities and reshaping themselves into the New High Ones. They ultimately left the two-mooned world to return to the High Ones’ original planet, the Starhome.

All life on the Starhome had long ago disappeared, leaving the planet a barren rock without atmosphere or life. The New High Ones sent the Palace into the core of the Starhome, where they used its power and their ancestral memory to created an ecosystem, rebirthing the long-dead planet. The spirits of the elves that lived and died on the World of Two Moons were released from their tie to Palace and now travel anywhere and anytime unfettered.

On the Starhome, Recognition can happen at will for the New High Ones, although none yet have made the choice to reproduce. Only one new elf has been born there, Jink, daughter of Skywise and Timmain conceived of Recognition as the New High Ones were taking their leave of the World of Two Moons.

The Firstcomer Troll and many of his followers (including Old Maggoty), along with the Preservers, returned to the Starhome and dwell in harmony with the New High Ones.

Known New High Ones include: 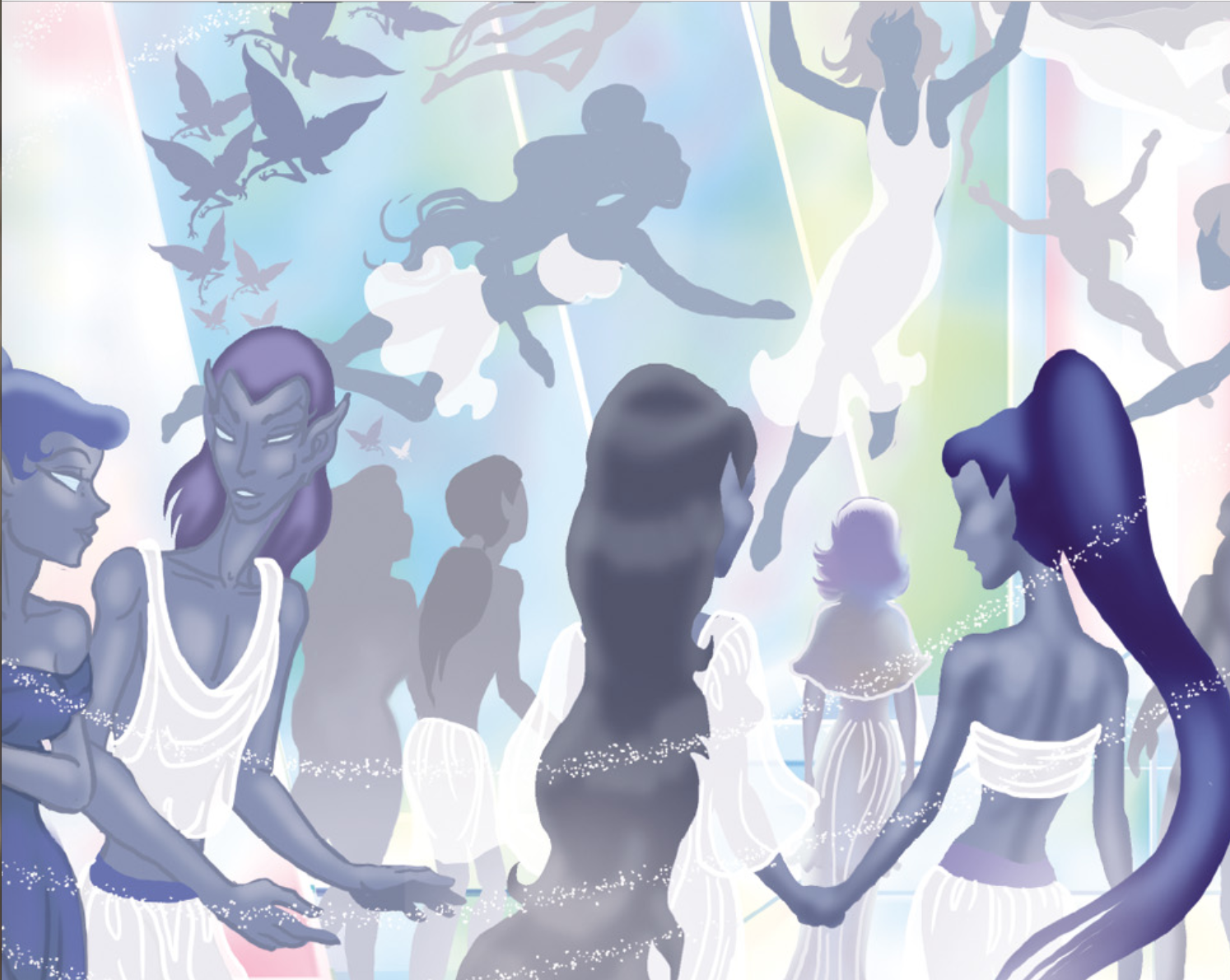