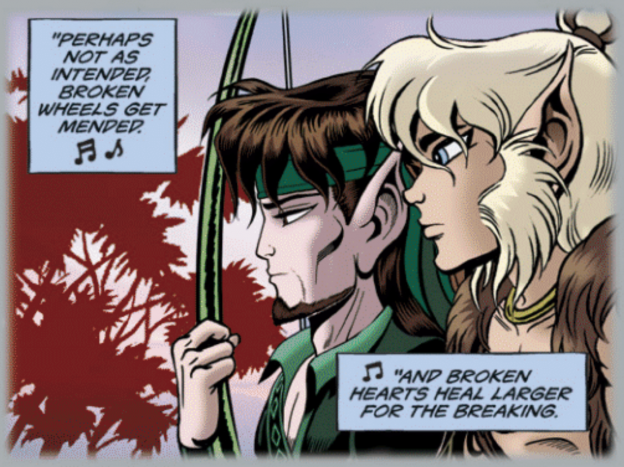 The penultimate issue in the ultimate Elfquest series–Final Quest 23–is here!

His forces decimated by Cutter’s fierce warrior tribe, the fanatical human commander presses on, risking all to destroy the elves in their forest lair. Lives are lost on both sides. To stop the bloodshed, Cutter’s adopted human daughter Shuna risks more than even she realizes. Should she fail, the price will be war everlasting among the native humans, the elves, and the Djunsland invaders. Must Wolfrider chief Cutter, having fulfilled his bond with High One Timmain, now witness the utter destruction of all that has brought him to this fateful moment?

Get the issue from your local comics shop, from TFAW or digitally on Dark Horse Digital and Comixology. 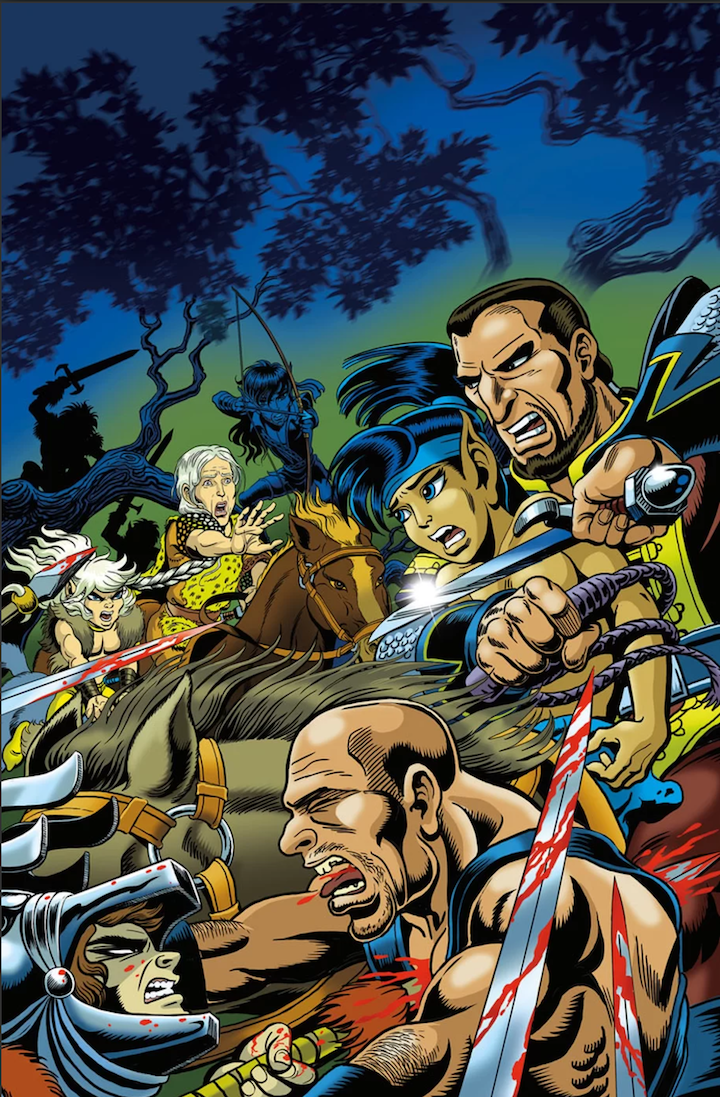