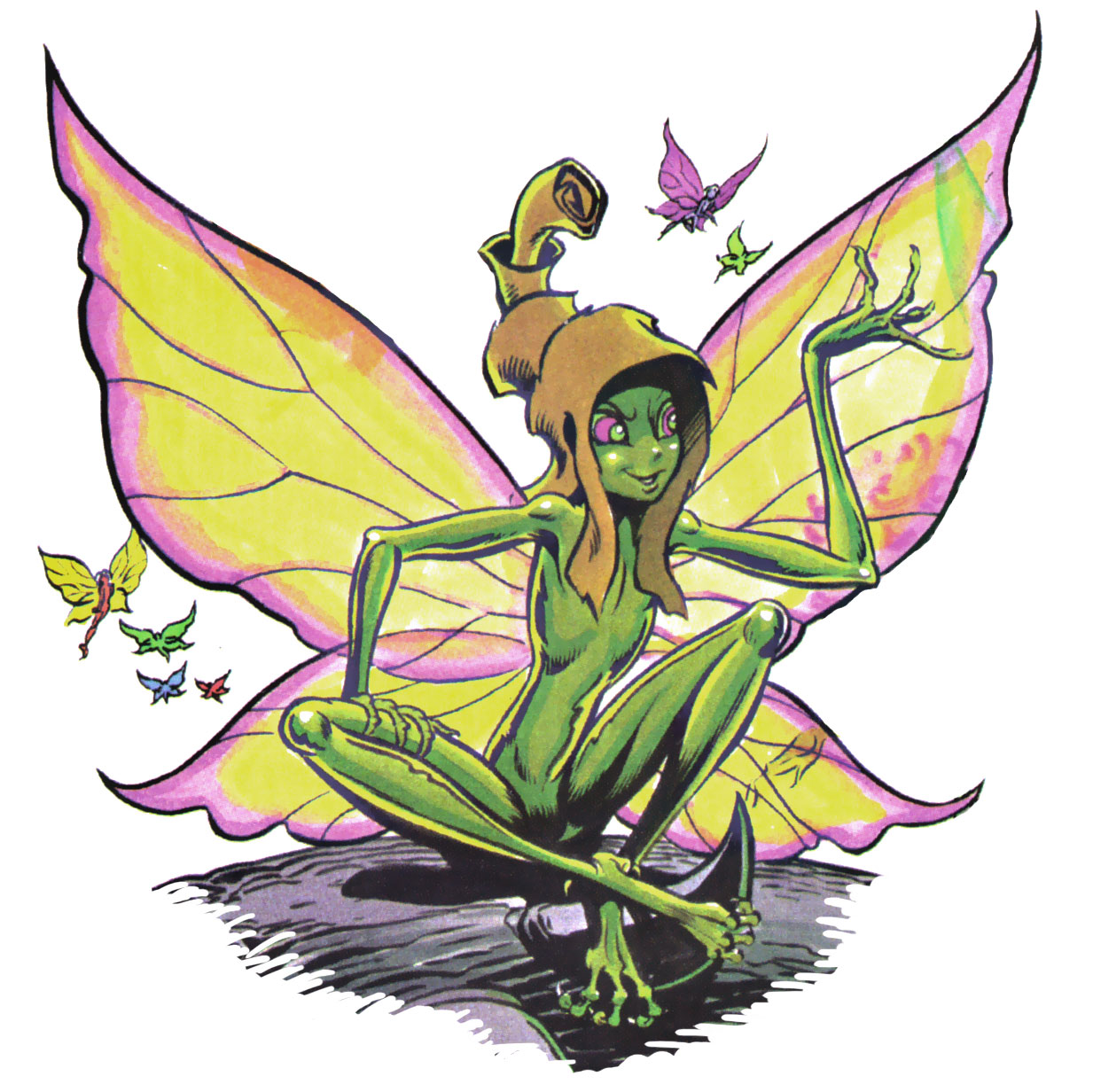 Petalwing is a preserver – one of the carefree, fairylike creatures that arrived on the World of Two Moons with the original High Ones. Petalwing lives under the grand illusion that “highthings” (i.e., elves) cannot live without it, and must be watched over and protected.

The closest thing that the Preservers have to a leader, Petalwing was the first among them to have significant interactions with the Wolfriders. Winnowill saw Petalwing as a threat to her dominion over the Gliders and tried to imprison it. Later, Dewshine was able to release Petalwing, who immediately fulfilled Winnowill’s prophecy by bringing Lord Voll out of his lethargy by its mere appearance. Petalwing led Lord Voll to the High Ones’ Palace, and unwittingly to his own death.

After the Elf-Troll War, Petalwing unlocked the door to the chamber of the Scroll of Colors, inside the Palace, so that Timmain could reveal to her descendants their origins and history. Cutter regards Petalwing as a major annoyance; unperturbed, Petalwing accompanies the Wolfriders on many adventures–always knowing what was best for them.