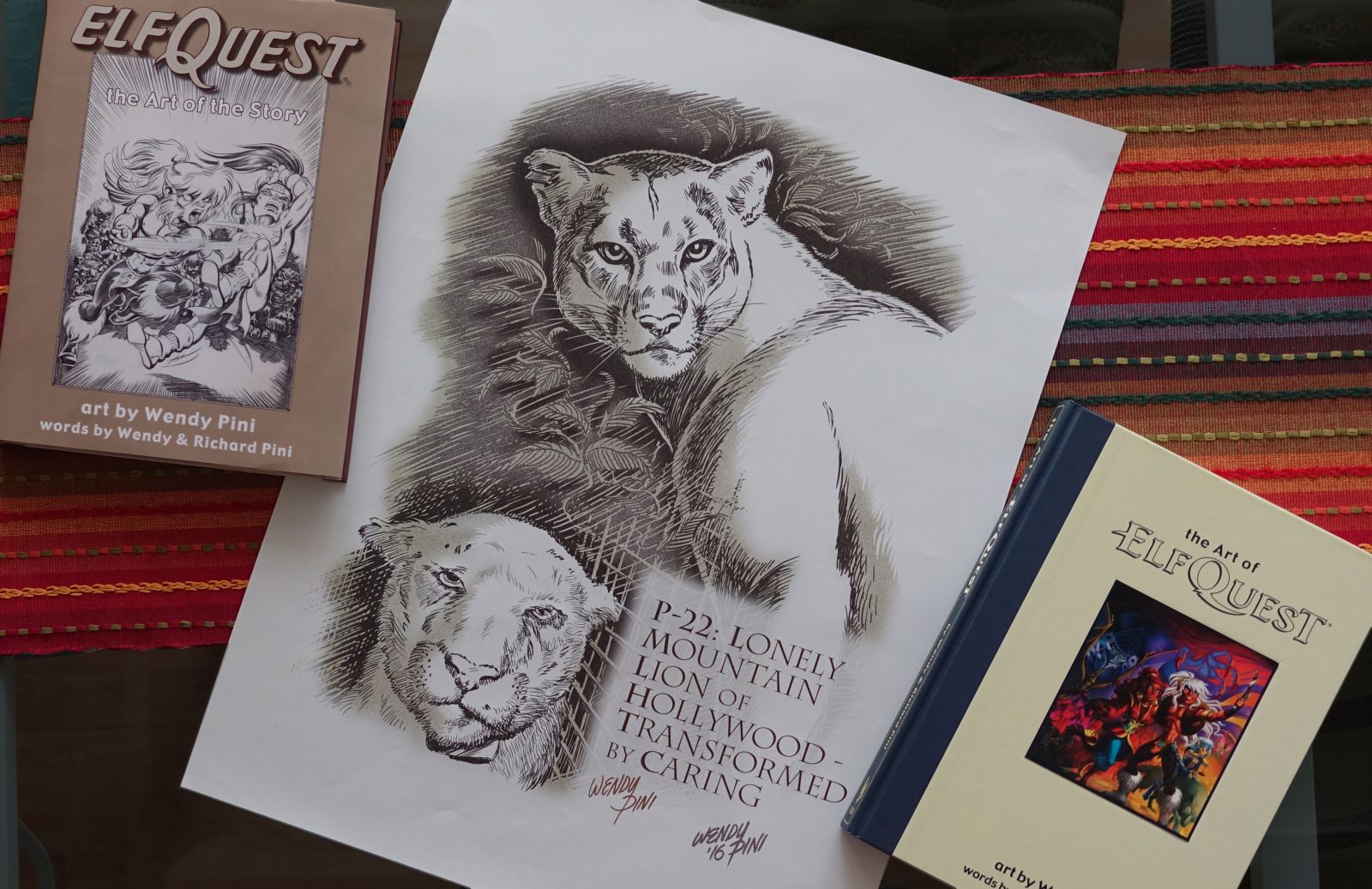 Readers of ElfQuest know that a message of living in harmony with the natural world and its creatures has been woven into the story from the very beginning. Now, Wendy and Richard Pini are supporting the wildlife conservation work of the National Wildlife Federation with an exclusive, limited edition art print. All proceeds from the sale of the print go to support the #SaveLACougars campaign to build a wildlife overpass over California’s busy 101 Freeway for mountain lions and other animals to safely cross.

Wendy has created a beautiful illustration of P-22, the lonely mountain lion of Hollywood and symbol of the campaign. Isolated from his kin in the Santa Monica Mountains by the urban landscape of Los Angeles, P-22 has survived by traversing dangerous highways and learning to coexist with his human neighbors near Griffith Park. But despite his remarkable journey and his ability to adapt to a landscape dominated by humans, he still faces threats. He was recently sickened by rat poison and suffered from a bad case of mange. Fortunately, he was saved by biologists who trapped and treated him, transforming him from near death back to health.

Modeled after the successful Wolves of Wolf Park portfolio from the 1980s, Wendy’s gorgeous art print depicts a poisoned and mange-riddled P-22 transformed back to health. It captures the spirit of hope symbolized by P-22’s recovery with the help of human intervention. Through this beautiful, sepia-toned illustration, she adds a powerful voice to the National Wildlife Federation’s message that mountain lions, and indeed all wildlife, can only have a strong future if humans care enough to protect them and their habitat. 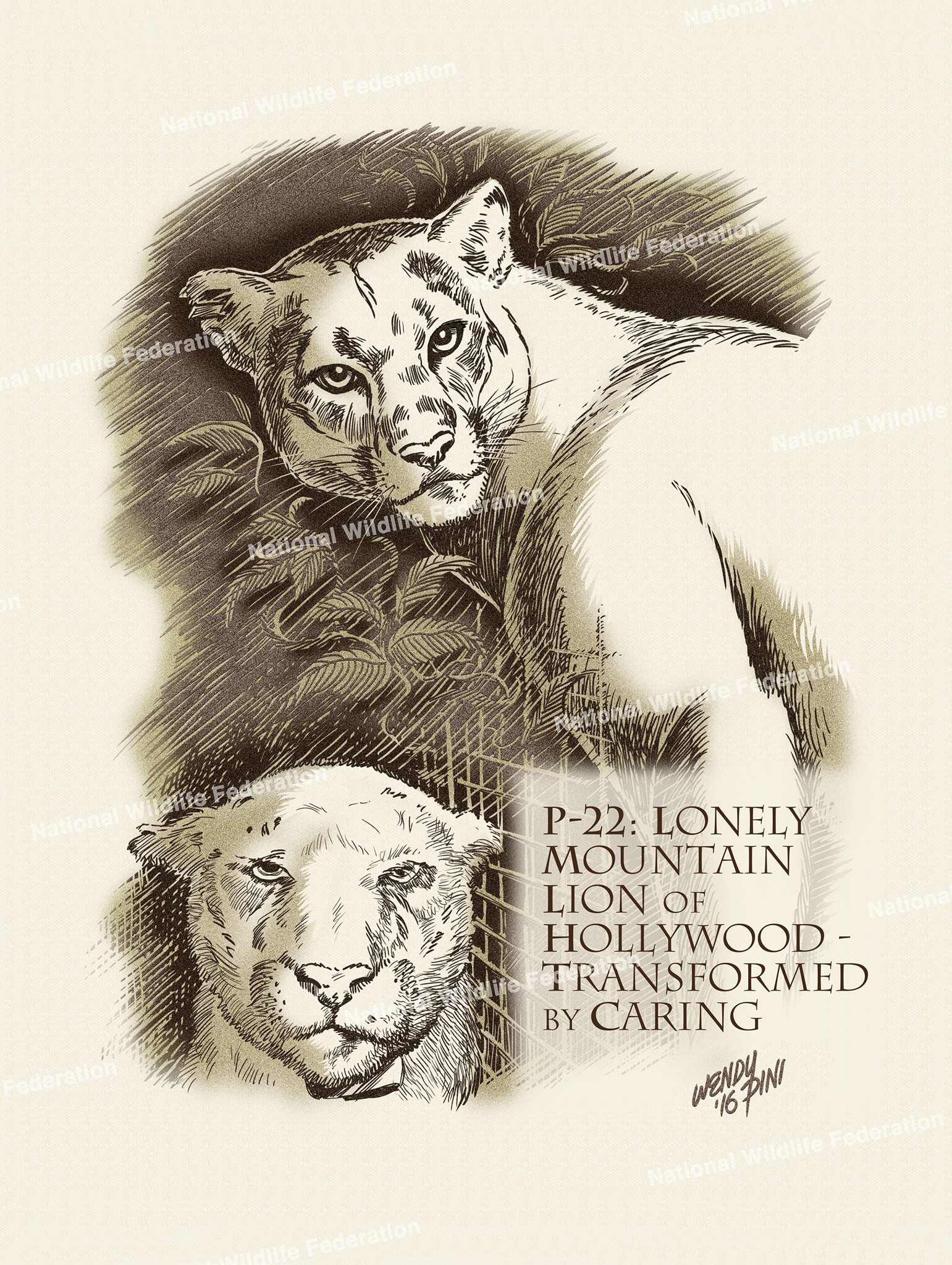 Today P-22 is healthy and thriving–but could easily be poisoned again, sickened by mange or hit by a car while searching for food or a mate.  It’s up to us to continue caring and supporting efforts to protect and coexist with wildlife like P-22.

The National Wildlife Federation’s #SaveLACougars campaign aims to build the largest wildlife crossing in the world over the busy 101 Freeway in P-22’s honor so his mountain lion kin—who might vanish from the area because of the same threats P-22 faces–can have a future in the Santa Monica Mountains. The crossing will also benefit countless other wildlife species struggling to survive in the greater Los Angeles ecosystem.

A limited number of signed prints–just 100 copies–of Wendy’s illustration are available exclusively through the National Wildlife Federation’s Save LA Cougars shop. Prints are 18 x 24 inches. All proceeds from the sale of the print support the #SaveLACougars campaign to ensure that P-22 and the mountain lions of the Santa Monica Mountains have a strong future.

Order your print now because we expect the supplies to go quickly.