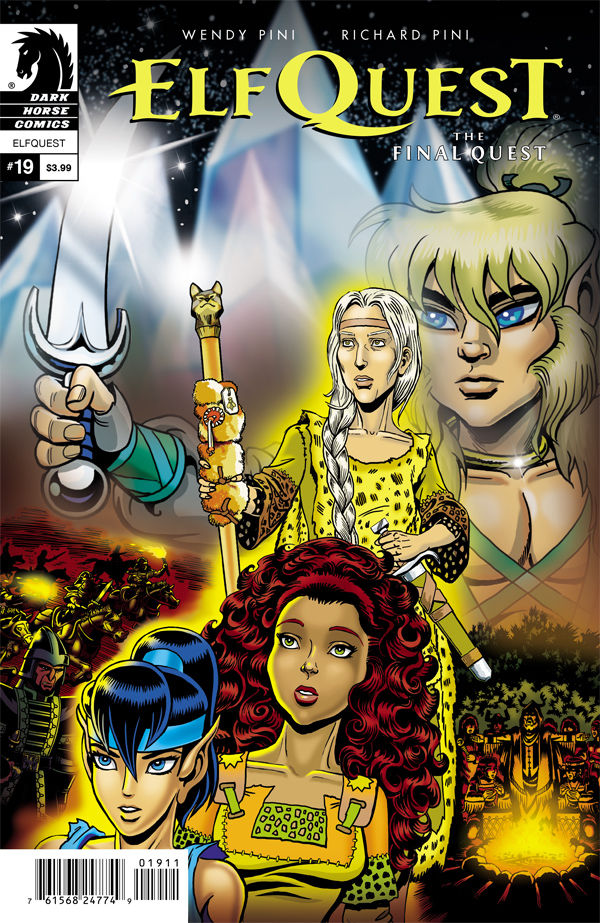 Buzzcomics has Dark Horse Comics four-page preview of issue #19 of the Final Quest. Check it out! Caution: SPOILERS! (obviously)

The full issue is out in comics shops and Dark Horse Digital on March 29. Preorder at TFAW.

UPDATE from Richard Pini on this issue’s release date:

Regarding the release of Final Quest #19, we don’t know what to say. The plan as we know it, made with Dark Horse, was for this issue to get jogged back to April 26, to cause #24 to appear on February 28, 2018. Clearly, someone in the pipeline, in production or distribution, did not get that memo. However it happens, though, at least one future issue WILL be bumped, as the 2/28/18 release of #24 is locked down.