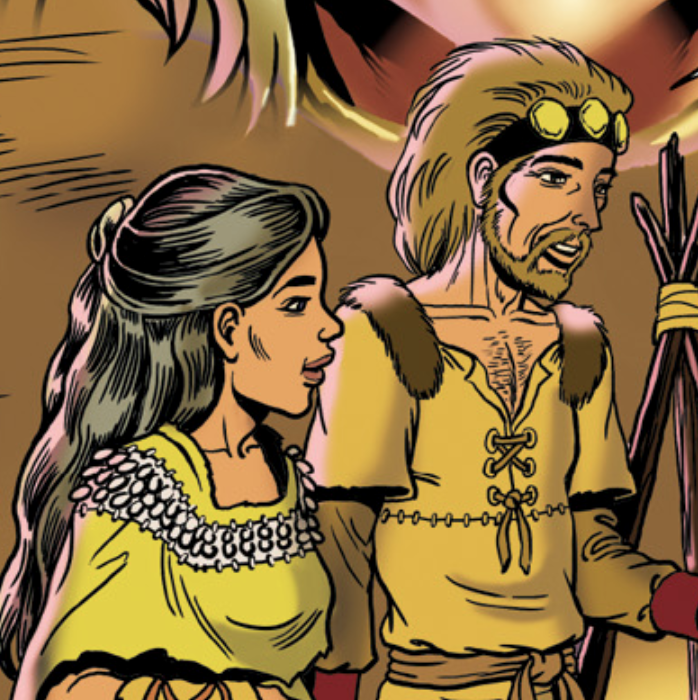 SHOO-koe-peck (rhymes with too go heck)

Son of Shuna and Ikopek (also known as Bee);
Grandson of Cutter and Leetah;
Husband of Hartha

Shukopek is a human missionary. He assists his mother Shuna on her campaign to spread a message of peace and harmony between humans and elves, along with their elfin companion Kimo. His father Ikopek was killed on one such mission in an attack that followed when superstitious humans witnessed Kimo shape-change between his wolf and elf forms. Shukopek narrowly escaped with his own life.

When given the option to have his mortal life extended by his elfin grandmother Leetah, Shukopek refused. Instead he married a woman named Hartha and fathered five children, content to follow his normal life’s path.

Shukopek is the only human to have been raised from birth in both the world of the elves and the world of humans. He has great respect for the “good spirits” but is fully comfortable with who he is and all that it means to be human.