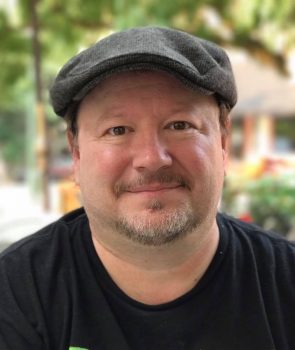 Feeling nostalgic for something that hasn’t passed. Many of you know that, in addition to making the world safe for anime voice acting, I am also a cartoonist.

I met Wendy Pini, creator of ElfQuest at the 2000 Comic-Con (back then there was only one Comic-Con so we didn’t have to qualify it with “San Diego.”)

One of the biggest feathers in my career cap is that Wendy hired me on the spot to draw ElfQuest as a result of a drawing I did of her main character Cutter. She said “That’s closer than any of our other artists have gotten to being on model!” (Also, I think it didn’t hurt that I played Krillin on Dragonball Z and Wendy is a huge DBZ fan.)

I moved to Los Angeles in 2001 and, as Wendy’s apprentice, drew two long ElfQuest stories. And learned more in that year than in ten years on my own. The skills I developed under her guidance allowed me to be published later by Tokyopop with my own title We Shadows. I went on from there and did several web-comics, magazine editorial art, sold plot and character design ideas for a Muppet comic book (Called Muppets King Arthur), self-published my own comics and, for a while, I was even a newspaper comic strip critic of local music.

Cut to 5 years ago. Wendy and Richard signed with Dark Horse Comics to write and draw the finale of ElfQuest. Forty years of blood, sweat and tears leading to this culmination called ElfQuest – The Final Quest (EQFQ). She was asked by Dark Horse who she wanted to be her colorist and she said, “Sonny Strait!” I’m not even sure she showed them samples of my work but I found out they were also DBZ fans, so they may have just been curious to see what colors Krillin would come up with.

This month we are finishing the final pages of the ElfQuest The Final Quest. Life is going to be strange without my constant little pal EQFQ. The little pest who’s always shoving me into the studio demanding “color me!” Always pushing deadlines to give me stomach aches. Always making me re-examine the mystical side of existence and my relationship to it. Always making me laugh and cry (sometimes in the same issue, hell, sometimes on the same page).

It’s weird; so many things have happened outside EQFQ in the past 5 years. I got married (at which ceremony Wendy Pini was my best man! Yes!), was in two Dragonball movies released in cinema, returned to directing at Funimation, starred in a Ford Motors commercial (three actually), began to teach acting the same week I began acting as the ultimate teacher Koro Sensei, and even started my own media school. But the whole time little EQFQ was there to stop whatever I was doing and shove me into the studio. “Color me! Color me!”

I will miss the constant exploration of color, the honor of being one of the very few people to see Wendy’s genius in B&W and to have a heads up on the future of ElfQuest. Oh yes, I had the knowledge. I will also miss Richard Pini‘s assistance as my color flatter (a skill we became aware of far too late in the process when my previous flatter unexpectedly bailed).

Since I was feeling nostalgic, I decided to go back and review the first instance of my color work for EQFQ.

Looking at the crystal walls now, I realize how our approach to creating the look of Elf-crystal has changed since then. But from that beginning to today, my philosophy on Elf-crystal hasn’t changed. I keep working it until the color vibrations cause my teeth to ache. Then I know it’s right.

Thank you Wendy and Richard for giving me yet another adventure on the Quest.

Much love to you,

Here is a comparison of Sonny’s coloring work on the Palace crystals, first from issue 1 of Final Quest: 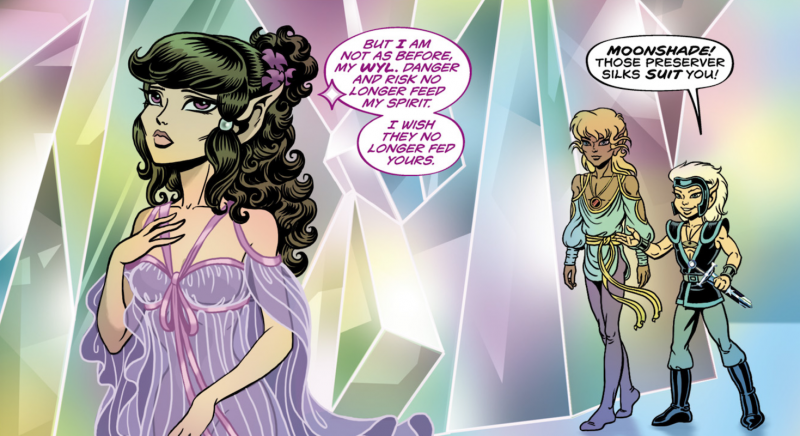 And from issue 22 of Final Quest: 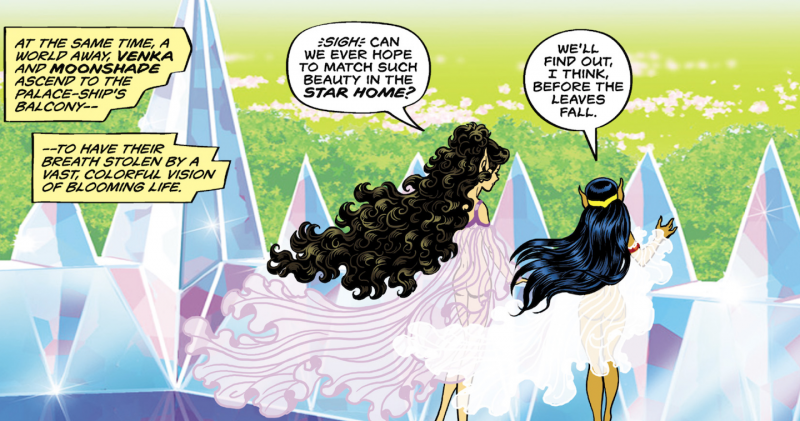