(NOTE: This post from 2004 is kept here for historical purposes only. The project was abandoned many years ago, and there is no plan to revive it.)

Once upon a time, Wendy Pini, long interested in the rich variety of ways that we humans have devised to achieve spiritual awareness, explored the idea of developing a tarot based on ElfQuest characters. ElfQuest, it would seem, is packed with the sorts of archetypes found in the tarot.

As she delved deeper into the project, however, Wendy discovered that the mythology of ElfQuest simply would not fit within the structure of the traditional tarot arcana, and she has permanently abandoned the effort.

However, many readers over the years have expressed curiosity about this project and, even though it has been officially put to rest, the artwork Wendy created certainly deserves to be seen. Here are the five cards she developed for this interesting experiment. 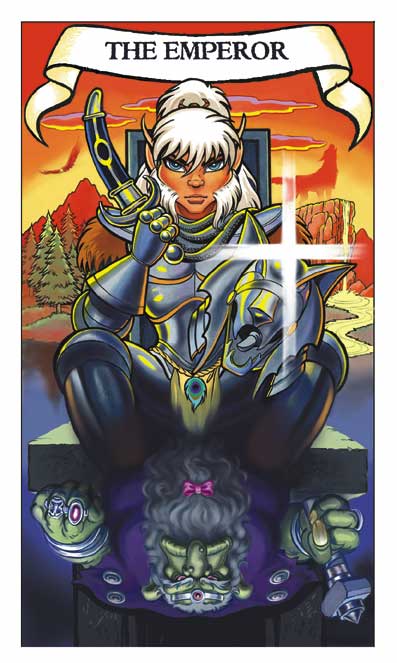 In his youth, CUTTER became chief of the Wolfriders. Through many trials and tribulations, he pursued his quest to find and unite all the scattered elf tribes. Now older, wiser and in his prime, he is their acknowledged leader. Ever a being of action, Cutter responds to the world’s challenges with the spirit of a true warrior king. The welfare of his people always comes first; he has learned to think problems through, never tackling them unprepared. His goal is the safety and security of all who are in his care. He is a loving but sometimes strict father, dedicated to following and preserving the Wolfriders’ code known as “The Way.” Cutter is named, not for his ability to slay with his sword, but for his ability to cut through to the heart of a matter and see it in its true light.

Qualities of leadership arise strongly in you, now, to support you in your quest. Have courage. Be confident in your own strength, for whatever situation you are facing is best met with a cool head and firm resolve. In this positive, progressive time, your effect on the world is felt and noted; you are likely to receive the respect your accomplishments are due. As you rise to new heights and new levels of responsibility, be calm in the knowledge that you are equal to the coming tasks. Above all, in your focused efforts, take care not to be too rigid or rule those closest to you with an iron hand. Rely on your heart’s wisdom as often as your head’s.

PICKNOSE, so named for his nose’s resemblance to the head of a pick-axe, rose from humble beginnings to found his own trollish dynasty in realms underground. Never forgetting his lowly roots, old King Picknose lords it over his subjects with a tyrannical will. None dare contradict him or refuse this indolent monarch’s often unreasonable commands. Secretly paranoid, suspecting anyone and everyone of possible rebellion, Picknose’s one ambition is to cling to his crown and all the enforced tributes that go with it.

Right now the positive state of self-reliance is eluding you. Weakness of will saps your strength, shakes your inner stability. There is a gnawing sense of insecurity, as if all you hold important may slip through your fingers at any moment. You may be taking your worries out on others in the form of some kind of bullying. On the other hand, you may just wish Mommy would kiss it and make it all better. But those around you, no matter what they do, cannot help you at this time. It’s up to you to gain mastery of yourself, to assume the mantle of full adulthood, for only then can you take command of the situation at hand. 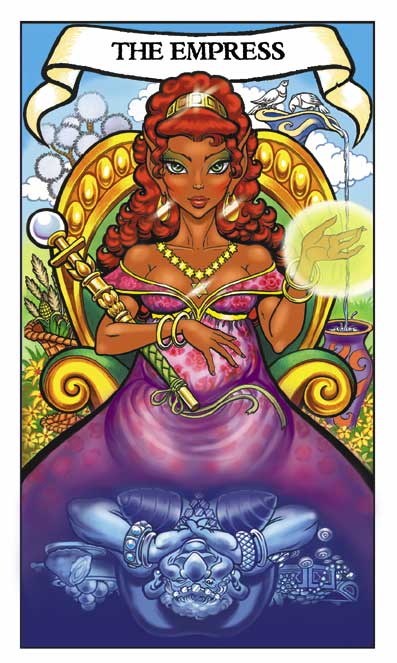 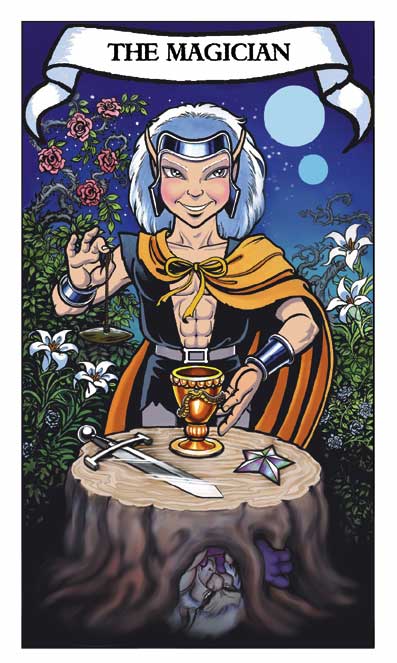 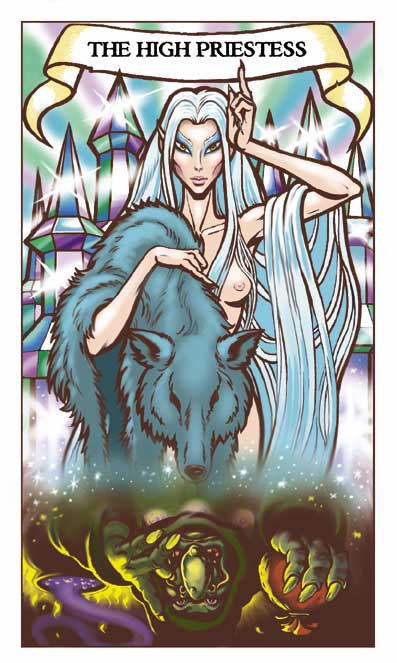 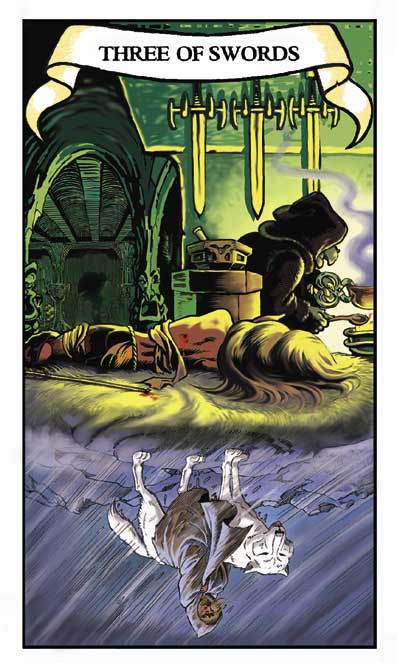