The Trolls are the descendants of the ape-like servants of the Firstcomers, who, having rebelled at their slave-like status within the elves’ Palace of the High Ones, caused the cosmic disaster that left them all stranded in the primeval, pre-historic era of the World of Two Moons. Taking to the caves and tunnels beneath the mountains, they changed and grew, and with time became uglier and more materialistic in nature. Their relationships with elves range between outright conflict to a grudging respect borne of good trading relationships. Trolls can be greedy and craven as often as they are fierce warriors and loyal allies. Their mechanical creativity and industrial minds have led them to veritable wonders of technological productivity, especially when aided by their mysterious mentor, the half-elf, half-troll Two-Edge.

The known trolls include: 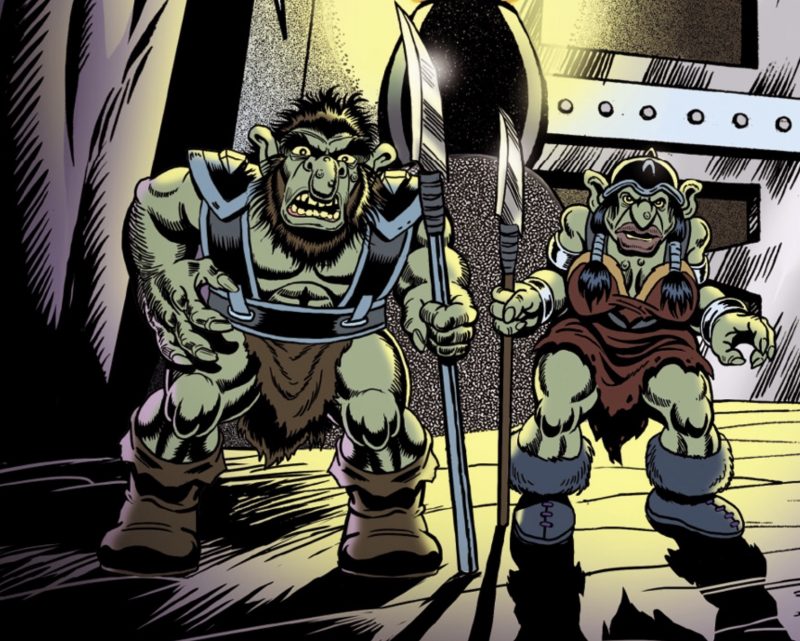