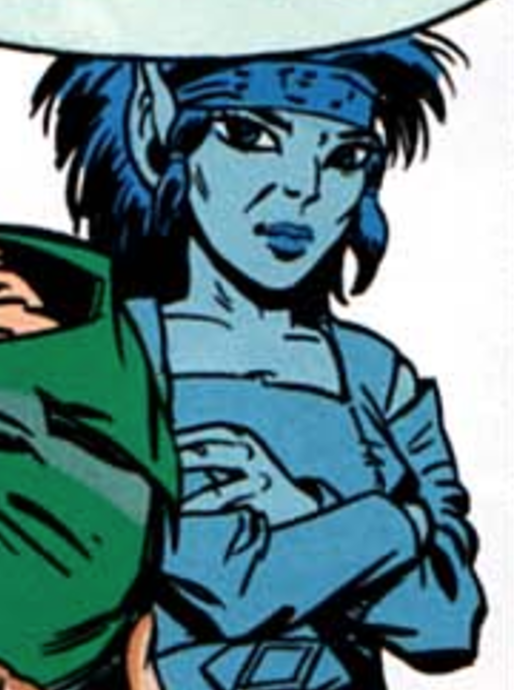 Urda is an older, experienced Go-Back. She fought in the First War for the Palace of the High Ones and celebrated the dance the night before the battle with Ekuar. To Urda, Kahvi was a friend in addition to a chief, and she felt comfortable voicing her distaste for Kahvi’s schemes. She was almost killed trying to save Venka when Rayek attacked the Go-Back’s lodge, but survived the ordeal when Kahvi dragged her to the safety of the lodge’s underground storage room.

Urda was Kahvi’s second-in-command and the chieftess left her in charge of the Go-Backs when she left on her mission of revenge against Rayek. During that time, Urda’s hunting party was attacked by trolls and taken underground, and she is presumed dead. Zey took over the chieftainship of the Go-Backs after her.