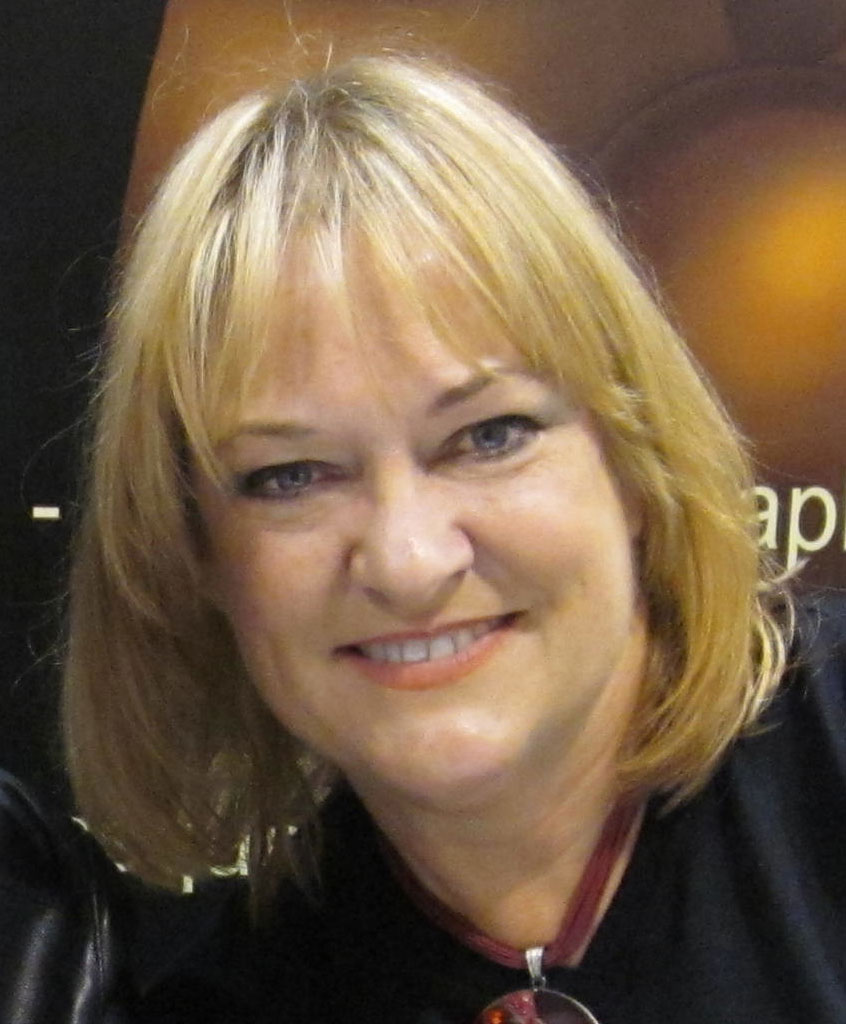 In 1972 she married Richard Pini, and in 1974 began her professional career as an illustrator for SF magazines such as “Galaxy” and “Worlds of If.” Through the mid-1970s, Wendy also trod the boards at comic conventions as actress/dancer in “The Red Sonja and the Wizard Show.” This led to her first professional comics work, writing an issue of “Red Sonja” for Marvel Comics.

In 1977 Wendy and Richard co-founded Warp Graphics, and the following year ELFQUEST was born. Widely regarded as the “first American manga,” ElfQuest continues to be a publishing phenomenon as well as an inspiration to its readers. Tens of millions of copies of comics, graphic novels, books, calendars and other merchandise have been sold worldwide.

Wendy has worked for nearly all the major comics publishers such as Marvel, First Comics, Comico, DC Comics and, most recently, Dark Horse Comics. She wrote and painted two critically acclaimed graphic novels based on the hit TV series “Beauty and the Beast,” and supplied the text and illustrations for “Law and Chaos,” an art book inspired by the writings of Michael Moorcock.

In 1997 Wendy had the privilege of designing the elfin mascot and mission patch for NASA’s Enclosed Laminar Flames (ELF) investigation, an experiment performed in space by members of the crew of Space Shuttle Columbia (STS-87).

From 2007 to 2010, Wendy took a walk on the dark side to produce her adults-only graphic novel based on the classic Edgar Allan Poe horror story “Masque of the Red Death.” Her animated web comic received millions of views, and the book is currently available as a limited edition, 400 page hardcover volume from Warp Graphics.

In 2012, Wendy and Richard donated her entire body of work to the Comic Book and Graphic Novel archive at Columbia University, New York City. Her artwork and writings will be permanently available to students and the public for study. 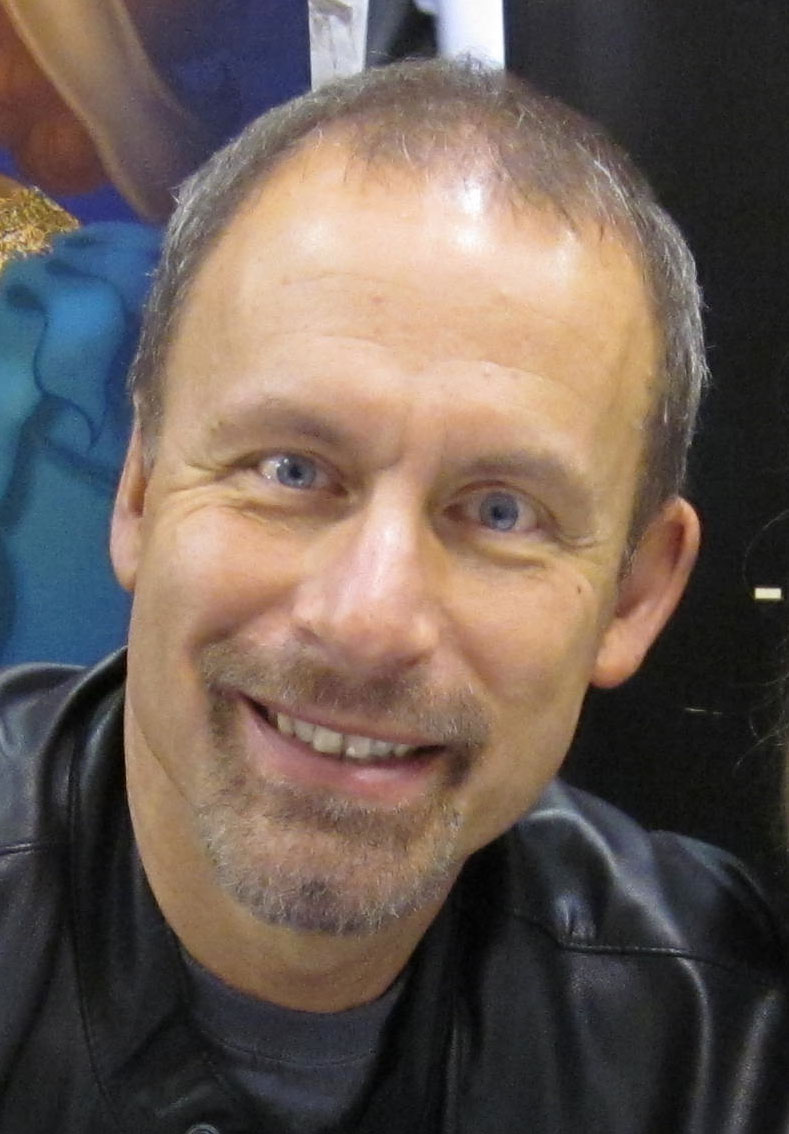 Richard Pini was born in 1950, in New Haven, Connecticut. He attended the Massachusetts Institute of Technology (MIT), receiving a degree in astronomy and astrophysics. Always fan of science fiction, at college he found new diversion in comic books, and it was in the letters pages of “The Silver Surfer” in 1969 that he chanced upon a letter written by one Wendy Fletcher.

A correspondence began, spanning a period of four years. The two eventually married in 1972, and Wendy embarked upon a career as an illustrator for sci-fi magazines. Speaking of Richard, Wendy states “When Richard and I first met, a lot of things fell in place for me. Almost immediately we began working on our life together – it was almost preordained. Richard and I have a lot to accomplish in this lifetime.”

His degree in astronomy from MIT led Richard to a position at Boston’s Hayden Planetarium as lecturer, photographer, script writer, and special effects technician.

From 2015 to 2017, Richard wrote or co-wrote, and worked closely with Flesk Publications (a producer of high-quality art books) to bring out three ElfQuest/Wendy-related titles: “The Art of ElfQuest,” “ElfQuest – the Art of the Story,” and “Line of Beauty – The Art of Wendy Pini,” which was nominated for a Comic-Con International Eisner Award (the comic book industry equivalent of the Academy Awards) in 2018.

In 2019, both Wendy and Richard were inducted into the Eisner Awards Hall of Fame for their lifetime achievements.

The Beginnings of Warp Graphics

In 1977, Wendy and Richard decided to channel Wendy’s writing and illustration energies into the self-published, ongoing series called ElfQuest. They incorporated as Warp (an acronym of “Wendy and Richard Pini”) Graphics and got to work. The first issue appeared in February, 1978. As the first continuing fantasy/adventure series created, written and illustrated by a woman, ElfQuest became a phenomenon in the comic and fantasy/science fiction markets.

In 1979, Richard and Wendy moved to Poughkeepsie, New York, where Richard took a position at IBM. Two years later they made the decision that he would leave that job to become a full-time publisher, editor, marketer and co-creator of ElfQuest. It is Richard that Wendy credits with ensuring the success of the company. “He learned publishing by the seat of his pants. Neither of us knew anything of publishing, but after being turned down by Marvel and DC, Richard figured it out. It is and was his business ingenuity and problem-solving ability which makes ElfQuest the small press giant that it is.”

In 1981, Richard established Warp Graphics in the mainstream publishing world by making the bold move away from selling ElfQuest volumes exclusively in comic book shops. This brought new respect from the comic genre and introduced new readers and fans who found ElfQuest at mainstream bookstores such as Barnes & Noble.

Side Trip – Beauty and the Beast

ElfQuest was not the only outlet for Wendy’s vision. Starting in 1990, Wendy painted and wrote two graphic novels based on the popular television show “Beauty and the Beast.” The show was never high in the ratings, and Wendy felt that if there were more and different versions of the story available, the television series would have a better chance. Alas, the show was cancelled soon after, but the two “Beauty and the Beast” volumes remain some of Wendy’s most beautiful work.

Side Trip – Masque of the Red Death, the Musical

Starting in 2011, in collaboration with composer Gregory Nabours and dramaturg Calvin Remsberg, Wendy completed the book and lyrics for a theatrical adaptation of the “Masque” graphic novel. The musical thriller had its first official industry reading in October 2014. In November 2014, two songs from “Masque” were performed by the composer at the Kennedy Center for the Performing Arts. Currently, Warp Graphics is producing a concept album containing 30 songs from the musical.

In 2020, Warp Graphics partnered with Dagaz Media to create what has come to be called “ElfQuest the Audio Movie.” Far more than a simple audiobook reading of the text of the first ElfQuest novelization, this latest project is described as “the official, lavish reimagining of the ElfQuest comic saga by Wendy and Richard Pini, brought to life in the theater of your mind.” Currently in production for an early 2022 release, this ambitious undertaking involves the voice talents of over three dozen professional actors, a fully orchestrated musical score, and other audio effects galore.

The Elves and Beyond

“Wendy has always loved the mythical ‘little people’ – and there has got to be a reason why every culture in the world has their own ‘little people’ or ‘spirits’,” Richard Pini has said. “Every culture has a version of elves. The attraction (to elves) is that they represent a very deep archetype – the spirit. They are more than human, yet less than angels. Wendy has always been very much in tune with that. As to why we use elves in ElfQuest, it’s that we want characters that are human enough and beautiful enough so readers can identify with them. But we also want characters that are alien enough so readers know that this is not happening down the street. ElfQuest is a world we would all like to live in but a place we have to work to achieve.”

“Where are we going to take the Elfquest elves? We want to take the elves where they want to go. It’s sort of like the ‘How do you train a wolf?’ question. Well, you can train a wolf to do exactly what it wants to do. These guys have a life of their own. They speak through us and they want their stories told. We [Warp Graphics] are working to give them every possible forum to tell their stories. Those small elves have a larger voice – they want it heard and it is our job to give them the platform.”

Warp Graphics continues to foray into the worlds of animation, marketing and licensing, and other new incarnations for ElfQuest. If the past is any indicator, the elves will have a platform to tell their tales for a long time to come.