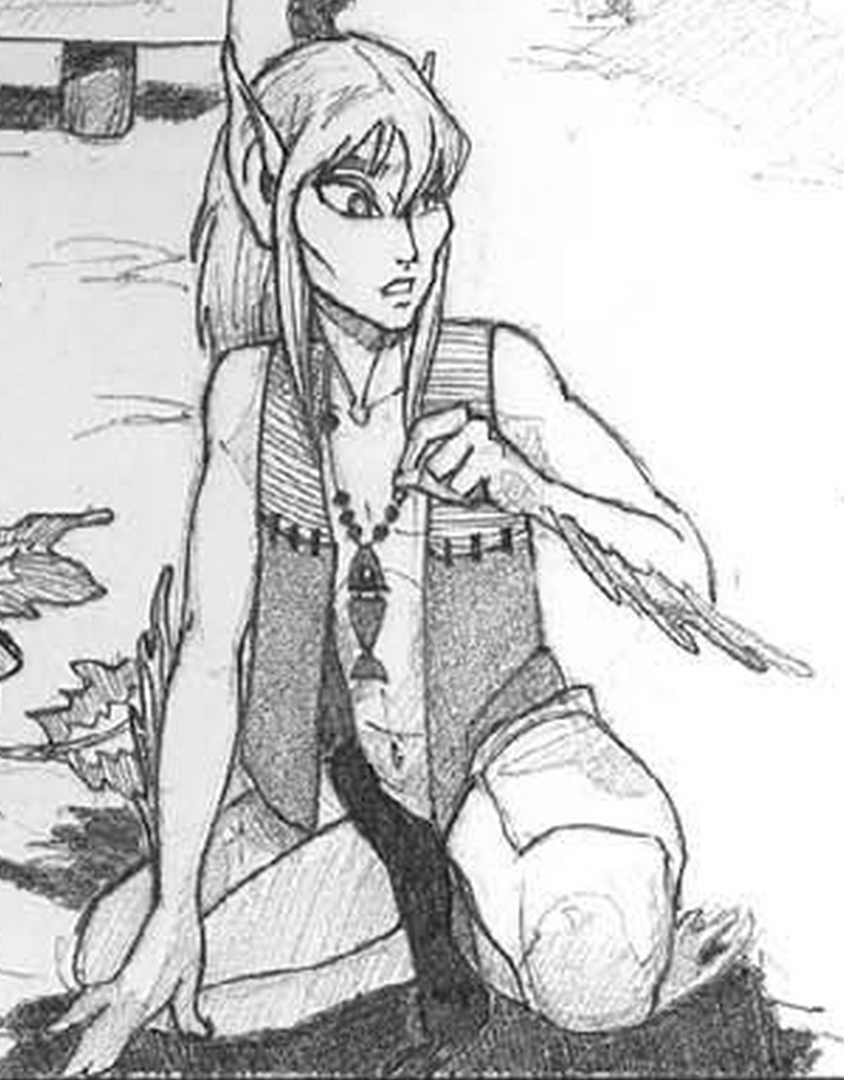 Wavecatcher is a self-shaper, able to transform his legs into the tail of a fish and back.  He was one of the followers of Zephyr, who left Crest Point to find a safe haven for the Wavedancers, away from humans.

They founded a new village called Cavernsong, but a safe haven it was not. Warring humans stumbled upon the settlement and slaughtered all the elves they could find.  Wavecatcher survived and after giving the bodies of his slain kin back to the ocean, he became a wanderer, searching for a way back to Crest Point.

For years he wandered the waterways of the vast Forevergreen, where he had a chance encounter with Yun and later an adventure with Windkin.