Wendy and Richard Pini Inducted to Eisner Hall of Fame 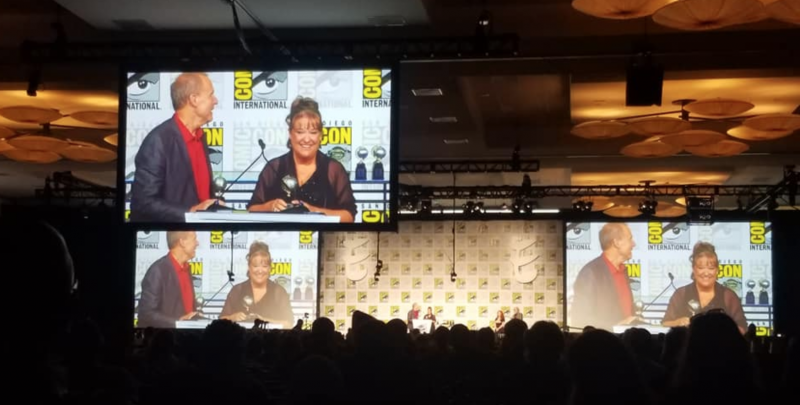 Wendy and Richard Pini on stage at their induction into the Eisner Hall of Fame. Photo: Patricia Zoom-Caat Krmpotich via Facebook

Wendy and Richard Pini have been inducted into the Will Eisner Hall of Fame. The Pinis were nominated for this illustrious distinction earlier this year along with fourteen other well-deserving comics juggernauts in the “voter’s choice” category.  Voting was open to all comics industry professionals, whose votes were tallied to select just five of the fourteen nominees for induction. The inductees were announced at the annual Eisner Awards gala at San Diego Comic-Con International 2019 by the Pinis’ long-time friend and colleague Sergio Aragones.

Kyle Pinion of The Beat included this in his live-blog of the event:

Read more about the event and the other inductees and Eisner Award winners here and here. 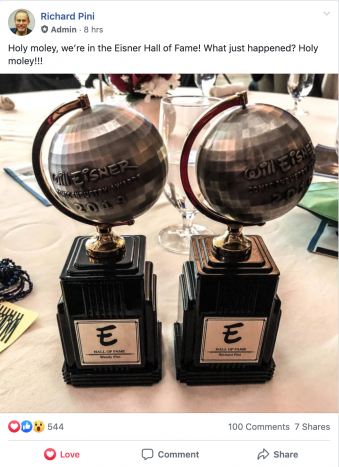