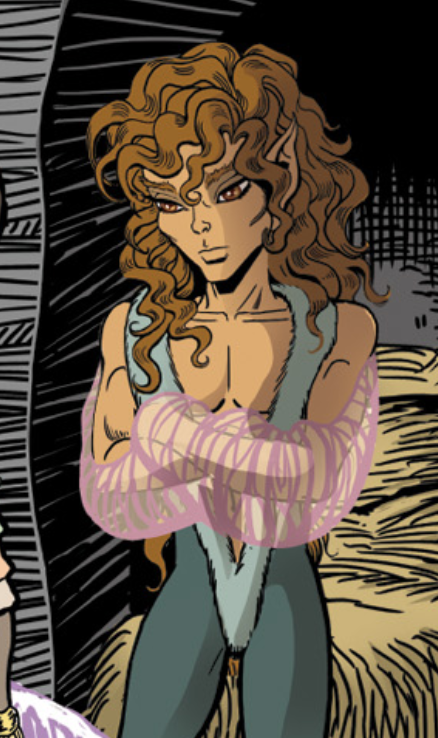 Windkin is the son of Dewshine and Tyldak, though he considers Scouter his true father. A child of both the Gliders and Wolfriders, Windkin’s floating ability manifested at birth, yet he was born mortal with wolf blood. As an infant, Aroree kidnapped him from the Forbidden Grove Holt and brought him to Blue Mountain, where Winnowill removed his wolf blood, rendering him immortal.

After that trauma, his parents chose to raise Windkin in the peace of the Sun Village. That place more than anywhere else will always be “home” for him, even though he is generally aloof and chose to live apart from the rest of the villagers in his own solitary hut high on a rock outcrop, close to the sky. He often left the village to explore the world on his own solitary quests.

Though his first meeting with Tyldak was fraught with conflict, Windkin ultimately reconciled with his winged sire and spent many years adventuring with the Glider and his lovemate Kahvi, searching for Winnowill in the hopes that she’d give him wings so he could truly fly, not just float. Sadly, Tyldak did not survive that quest.  After he and Kahvi avenged Tyldak’s death, Windkin fulfilled Kahvi’s request to give her a child, Teir, that was a part of Tyldak. After that, they parted ways before the child was born and Windkin made his way back to Sorrow’s End. There, he created his own artificial wings with the help of the preserver Willowsnap and his dream of flight was achieved. 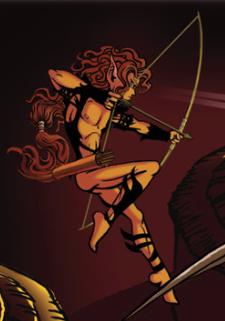 He later left the village again to fly to the Forevergeen, a vast, tropical forest that he discovered on one of his solo flights, to answer the call for help of the mad Glider, Door. Windkin survived that encounter and returned to the Sun Village only to find it abandoned and destroyed, its people gone, including his lovemate Ahdri, whose presence he sensed in the very rocks. In his grief, Windkin lost his way, turning in on himself, living in a kind fog without any real thought or purpose, almost forgetting his own identity.

Discovered by Leetah and Skywise in this state living in the ruined village, Windkin has now been reunited with both the Wolfriders and the Sun Folk–including Ahdri, whom he had taken for dead–and has returned from his haze.

He’s very very old, a wild card and loner, who occasionally likes to have a little fun. He understands that Dewshine gave birth to him, therefore he shows her more respect than others. He simply considers his son Teir a friend. For a time he joined Ahdri and Clearbrook in assisting Treestump in his underground forge,  but eventually, he and the rock-shaper drifted apart, and though he had a dalliance with Aroree, the workings of his heart are mysterious.

With the aid of magically shaped wings given to him by the healers Leetah and Snakeskin, Windkin now serves as a messenger, scout, assassin and protector of the elves on the World of Two Moons.