The Wolfriders are the main company of Elfquest, a shy and secretive tribe of forest dwellers who have allied themselves with the wolves of the World of Two Moons. Indeed, they are part wolf themselves. Their story began when the High One, Timmain, the only of the exiled Firstcomers to understand the necessities of survival on their new, harsh world, shape-changed herself into a wolf and mated with one of the native creatures. Her son, Timmorn Yellow-Eyes, half-elf, half-wolf, became chieftain of the group of elves who would later evolve into the small tribe now led by Cutter, Blood of Ten Chiefs.

Through successive generations, the Wolfriders migrated and suffered at the hands of superstitious humans, who eventually burned them out of their holt – sending them outwards to the beginning of Cutter’s great quest to find and unite all the lost children of the High Ones!

The discovery of wildly diverse elfin cultures has taken the Wolfriders from the “Way” – their simple life of hunting, howling and the “Now” of wolf-thought, unerringly into an awareness of the great expanse of the world, and into adventures and dangers that continually threaten their transient peace.

Characters from other tribes have become Wolfriders or lived with them: 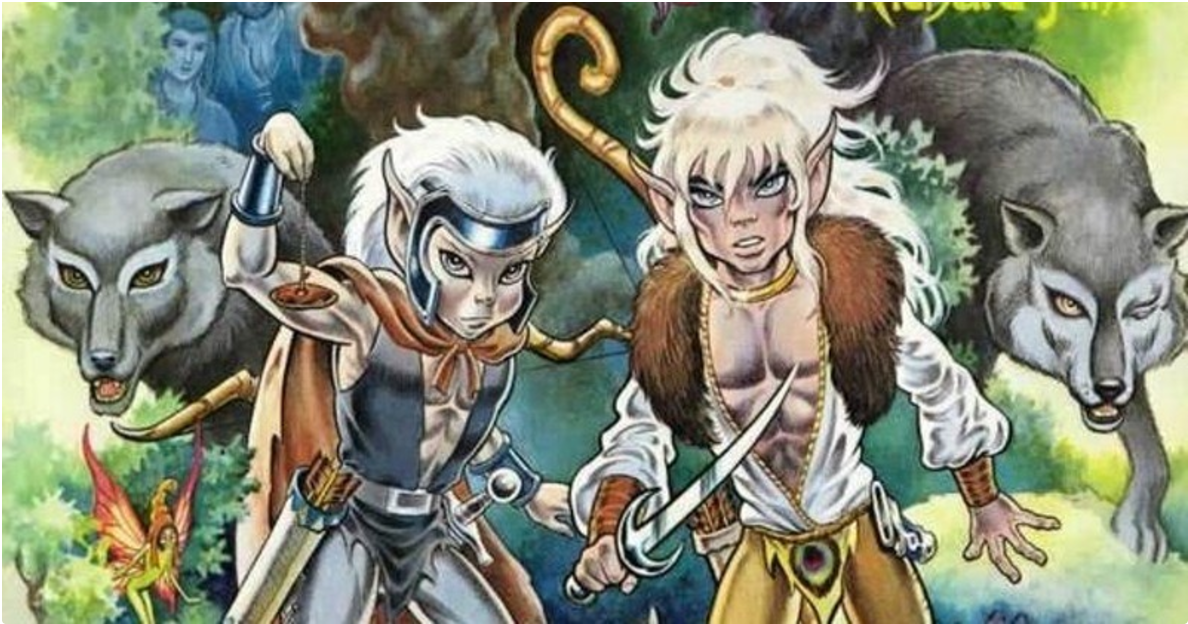