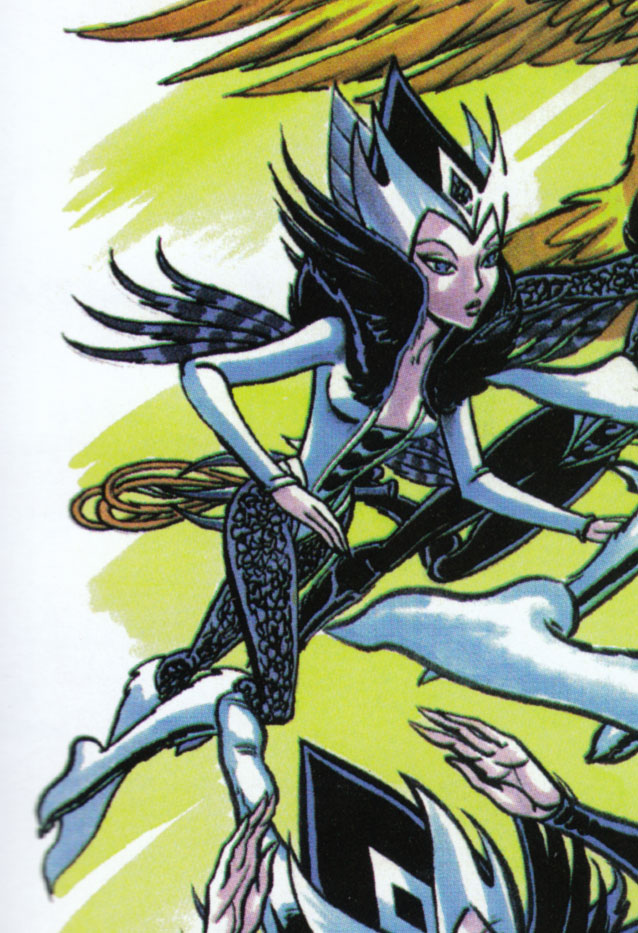 Yeyeen was a member of the Chosen Eight, riders of the giant birds who made their home in the aeries of Blue Mountain. The Gliders’ hunters and providers, the Eight were subordinate to Lord Voll, but more often than not answerable to Winnowill.

Of all the Chosen Eight–and indeed the Gliders–Yeyeen retained a lightness of heart despite the moribund state of Blue Mountain.

After being imprisoned in wrapstuff by Cutter during the Siege at Blue Mountain, Yeyeen presumably died when the peak collapsed.