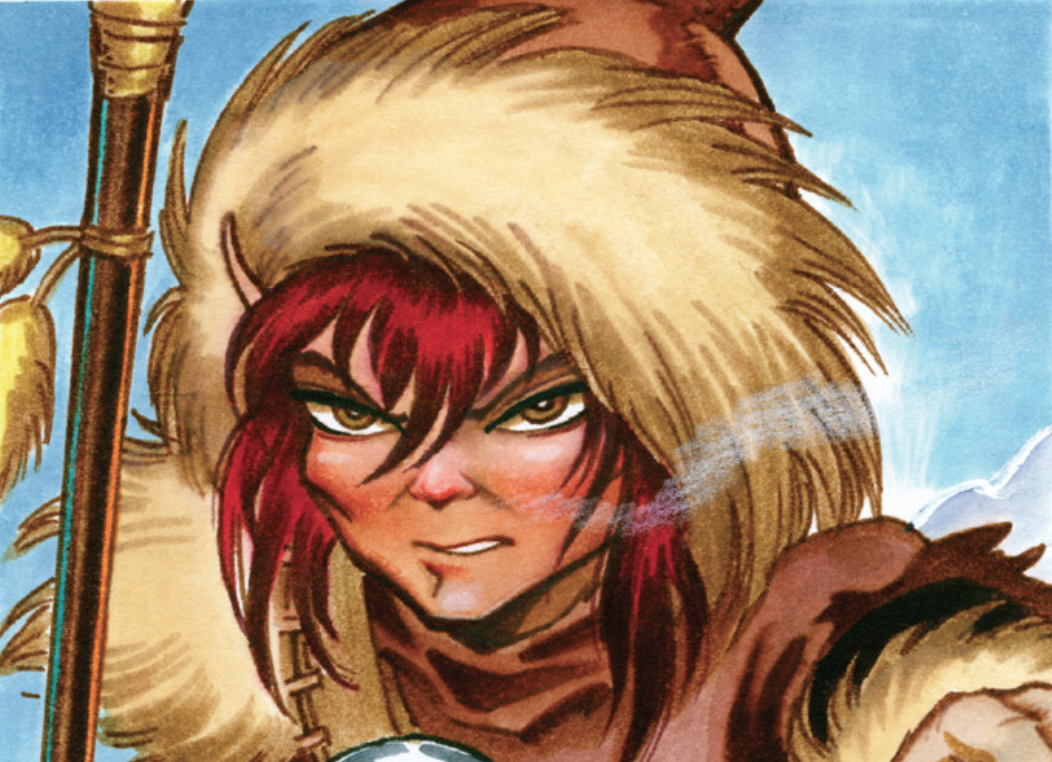 Zey was a young Go-Back who was born after Rayek’s banishment Go-Backs. Chieftess Kahvi was absent during this time, on her revenge mission against Rayek. When Kahvi’s second-in-command Urda was taken by trolls, Zey stepped in and claimed the chieftainship for himself.

He enjoyed the position of power and wasn’t above manipulating his own people to keep it. During his reign, the Go-Backs slid towards a base and depraved existence, fighting trolls for the sake of it rather than for a purpose.

When Kahvi returned, Zey felt threatened by her because it meant the loss of his position. He criticized and called into question her hero status among the Go-Backs and, with the help of his crony Chot, double-crossed her on her mission to reclaim the Little Palace to help raise up their people.

Kahvi repaid him with a sword through the gut during the Go-Back’s attack on the Sun Village.